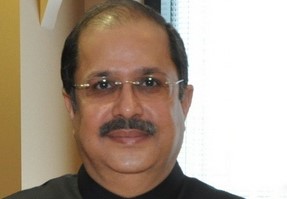 Hyderabad, May 15  About 35 per cent of the 72,000 Indians who have registered with the Indian Embassy in Saudi Arabia for repatriation reported job loss either for short term or long term due to Covid-19 pandemic

The fall in oil prices coupled with the outbreak of Covid-19 and the lockdown impacted the Saudi economy, triggering fears of possible retrenchment of a large number of people. India’s ambassador to Saudi Arabia Dr Ausaf Saeed told IANS in an exclusive interview that despite the challenge of some job losses, there are huge opportunities for the Indian companies to collaborate in various sectors.

The Indian community in Saudi Arabia has so far reported 31 deaths due to Covid while the number of people tested positive stands at 3,000. Excerpts from the interview.

Q: What has been the impact of the pandemic on Saudi Arabia, especially the Indian community there? Is the infection rate higher among Indians compared to others?

A: Saudi Arabia has the largest number of Covid cases in GCC countries. Around 45,000 cases have been reported and 273 people passed away. Saudi authorities don’t give the breakup of nationalities but our understanding is that more than 3,000 Indians have tested positive for Covid. They are undergoing treatment and many of them have recovered or in the process the recovery but unfortunately we had around 31 deaths among the Indian nationals due to Covid.

Majority of them are from Kerala that is eight, there are six from Uttar Pradesh, six from Maharashtra, four from Telangana and the remaining from other states. Saudi authorities mentioned that around 75 per cent of the cases detected pertain to expatriates. There are 11 million expatriates in Saudi Arabia and Indians are around 2.6 million. I don’t think the incidence of Covid is higher among Indians than other expatriate communities. Out of 2.6 million, there are 3,000 who tested positive. So the situation is not alarming but we are monitoring it very carefully and are in touch with the community.

Q: How is the embassy handling the situation and reaching out to the community?

A: The Indian community is the biggest community in Saudi Arabia. They are spread all over the kingdom and the kingdom is a big country. One of the challenges was to ensure that people living in remote parts of the kingdom are reached out. There are various community organizations in different cities. We formed linkages with all of them. I myself had a video conference with Indian community representatives from 16-17 different cities and then we formed WhatsApp groups of community members and of doctors and we created a helpline so that they get in touch with us.

We also identified 100 Saudi major employers who are employing Indians. We ascertained the conditions of the workers in the locations they are kept in. We came across some issues in some camps like food shortage and tried to address them. We provided medicines in some places through Indian community welfare organizations. We are asking people through interactions to stay calm and don’t get panicky. We told them about the evacuation process, reassuring them that the government will make arrangements for their repatriation.

Q: What kind of impact the pandemic is having on the Saudi economy and what situation you foresee for the Indian community? Do you anticipate a huge job loss among Indians?

A: Covid had its impact on the economies all over the world and Saudi Arabia is also not immune to it. The kingdom was very quick to respond. It suspended ‘Umraa’ pilgrimage and tourist visas as early as in beginning March but still the numbers increased. In March the oil price fell to around 20 dollars per barrel and of course now it is 30-33. The Saudi budget is planned as per 80 dollars per barrel. Because of oil prices and Covid there was a large impact on Saudi economy and in the first quarter of 2020 (Jan to March) there was a revenue deficit of 25 per cent.

Saudi government took a lot of austerity measures, increased VAT from 5 per cent to 15 per cent and reduced cost of living allowances for Saudi employees but at the same time it gave economic stimulus to the private sector to the tune of 33 billion riyals so that the private sector overcome the challenges. Despite all that there are certain sectors which will be affected like construction, tourism, hospitality, aviation. All this will have an impact on jobs. The kingdom may go for automation and that may result in some job loss across the board and not for Indians alone.

At the same it also provides a lot of opportunities for Indian companies especially in food, pharmaceuticals, healthcare, and information technology. We have an opportunity and at the same challenge of possible retrenchment of large number of people.

Q: Has there been a job loss among Indians?

A: When we started the registration process for repatriation purpose, we asked them to give reasons why they want to go. 72,000 people registered to go back and out of this 35 per cent workers have lost their jobs either for short term or long term. Thus around 25,000 people reported some distress in their jobs. We don’t know whether it is a limited impact or long term impact. Some companies like in construction would like to lay off the employees now and when construction resumes they come back.

We don’t know the full impact as yet. In the initial stage many companies came to us saying they are laying off the employees and now there is retraction of requests by some companies as the economy is opening up and construction activity has resumed in some cities. The companies and employees are also rethinking, hoping that there will be stimulus and resumption of activity. There is some hope and at the same time anxiety about the future. We are reassuring that we will talk to companies wherever possible to avoid lay-offs.

Q: How are you handling the repatriation process and what are the plans going forward.

A: In the first phase we sent back about 1,000 people to India. Next week we are going to have 10 flights that will take about 1,500 to 2,000 people. We also expect that the companies which laid off the employees will facilitate their return in the days to come. The process of repatriation may go one for a month. Our priority for repatriation are the destitute workers who lost their jobs, medical cases and many families who came on visit visas. There have been a few Umraa cases who are stranded for a couple of months. There are many workers who came to Saudi on a short term visa to work on small projects for various companies.