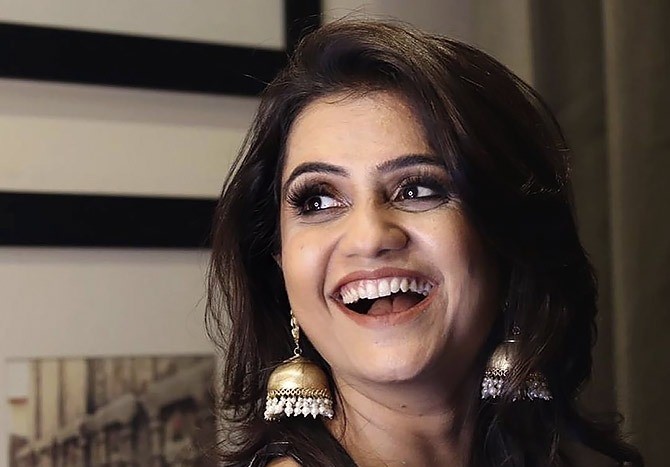 Ltd., recently shared the set of challenges that she encountered during the making of the series.

The biggest challenge, according to Amruta, was to walk the tightrope of the dialect.

“Up till now, I was offered roles that were mostly Maharashtrian characters,” she said, adding, “But Suman belongs to Old Delhi, so I had to have the Purani Dilli way of speaking. I am grateful to my dialect coach, Pratik Shrivastav. He trained me in this dialect. Purani Dilli has a different kind of Hindi.”

Recalling her days shooting in Purani Dilli, Amrutha said: “My Hindi has a Marathi tone, so whenever that came up, Pratik would at once say, ‘Bhai tu Maharashtra gayi hain, usko Dilli lekar aa’. Another challenging part of shooting was ‘Dilli ki thand’. The production team took good care of us, but I am very sensitive to cold.”

The actress also faced physical challenges as she had to traverse the complicated lanes of old Delhi on a bicycle.

“Another challenge was that I had to ride a men’s bicycle through Purani Delhi’s narrow lanes. Driving in Purani Dilli lanes is more difficult than driving anywhere else. But it was great fun and the shots have come out beautifully.”

She also shared that for her, the best part was that the script was shared with her and not narrated.

“I always feel safe when this happens as when an actor is given the complete script, it is easier to decide. Once I started reading the script, I was transported to Suman’s world.

“It was great to go through the journey of Suman Shrivastav and see her graph move from vulnerability towards strength and confidence. The best part about the script was that even if Suman was lonely and divorced, she was not sad,” she said.

Amrutha concluded by pointing out: “Even director Apoorv kept on telling me ‘I want her struggle to be attractive. I want people to say look at the way she is struggling, even I want that struggle’ because normally what happens is that we keep ourselves away from struggles as we keep saying ‘oh god, give me a simple life’. ‘I don’t want struggles in life’. But when you go through it, you be like ‘oh my god! this struggle is so attractive’ and that is what I came across when I was reading the script.”