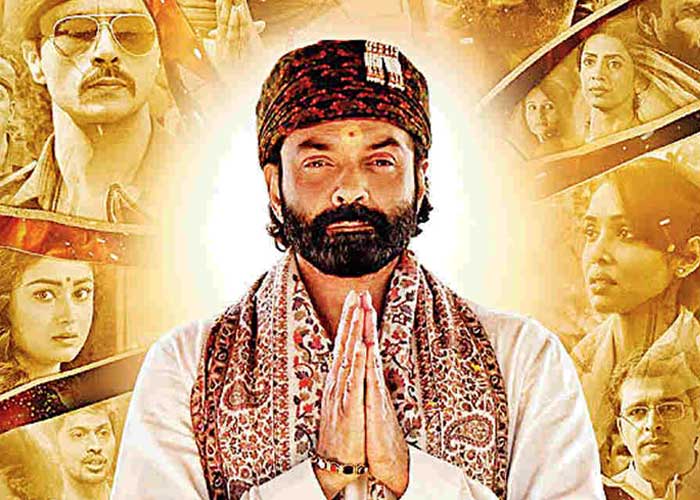 Prakash Jha is back with a new small town story, and the familiar notes of crime, violence, caste and class kick in even before the half hour mark has passed. Jha has added a new relish to his brand of raw, realistic drama this time. He digs out skeletons (literally so in one scene) in the booming godman industry.

Departing from the comfort zone of cinema, Jha has opted for the OTT series format to unfold his latest. The idea lets him be more expansive while laying out the narrative. It also leaves room for an open-ended closure after nine episodes, with a quick, post-show teaser guaranteeing the show is not over yet. “Aashram” will be back with season two.

Jha sets his story in Kashipur town, turf of the self-ordained godman Baba Nirala (Bobby Deol). He wields mass hysteria in and around the place, and enjoys the unconditional obeisance of locals. The power set prostrates before him — his support or the lack of it could swing elections. His sway is particularly dominant among the marginalised lower castes, who perceive him as a messiah against the upper echelons of society.

Godman’s own country hides plenty of ugly truths of course, and that’s where Prakash Jha’s web series finds its plot. The story hits the ground running, with a violent jolt, and you know right away that Jha, master at ripping open the seamier side of smalltown India, has just discovered a whole new reason to do so.

Pitched as the protagonist is Pammi (Aaditi Pohankar), a Dalit girl who starts off as a devotee of Baba Nirala and, in turn, introduces her brother Satti (Tushar Pandey) to the ashram. As the episodes run, the sinister facets of Baba Nirala start coming to the fore. A skeleton is discovered in a nearby forest land, which the Baba is keen to acquire to expand his ashram. His deft skills at manipulating the chief minister as well as his rival for gains becomes apparent. Yet these would seem trivial transgressions when you discover the horrific lengths to which Baba Nirala can go, to ensure unmitigated loyalty of the men and women that bow before him.

With “Aashram”, Jha isn’t necessarily departing from the Bollywood prototype of the godman as a filthy opportunist and powerbroker who bends every law and plays every person that comes his way. Only, Jha takes that stereotype beyond its normally-common role of a unidimensional Bollywood villain, and moulds it into the key player of his drama.

Baba Nirala is a well-penned character and a dream role for Bobby Deol, loaded with shades of grey that only get darker with each passing episode. This was always a role for Bobby to score with, more than any character he has ever played in his career of two and half decades. He does reasonably well.

Prakash Jha’s films always have a multitude of characters in supporting roles, to define the smalltown milieu and mindset that backdrop his stories. The filmmaker never fails to aptly cast in such roles, and the norm is maintained in “Aashram”. In a cast that is by and large delightful to watch for the sheer authenticity they impart, Aaditi Pohankar’s zestful Pammi stands out for the way the actress traces the character arc. Chandan Roy Sanyal, as Baba Nirala’s partner in crime and confidante, manages to impart a rakish edge.

“Aashram” opens the door into a world that is irresistibly perplexing and pervert at the same time. The storytelling is assured in the way it mixes the socio-cultural comments about caste, class and superstition without getting too loud about it. Jha’s maintaining trademark form only makes the promised second season worth a wait.