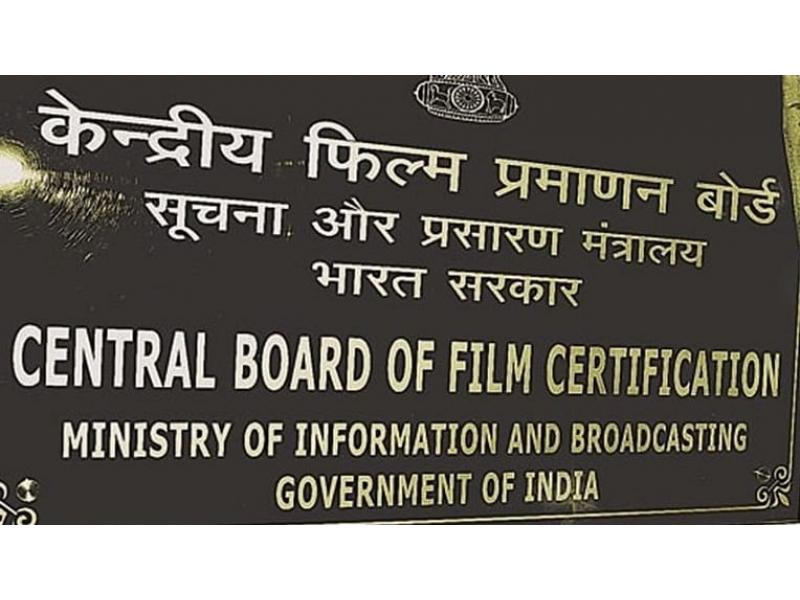 Looks like when it comes to the film industry, the powers that be believe in making their work and life more miserable by the day. To this end, the Central Board of Film Certification (CBFC) seems to be the tool of choice. Of course, the governments have a tool each for controlling just about every wake of life, but why is it always the film industry?

It would be a tough task to find a single filmmaker who, at some time or the other, has not been at the receiving end of the CBFC’s unfair observations and rulings on his film when it comes to certifying a film. The trend was set during the British Raj, which implemented censorship of films with the purpose of checking on anti-Raj or pro freedom content in films.

The British had no other issues. Kissing scenes etc were okay, for it was a normal thing in their way of life. They also knew it as a part of Indian culture, too — centuries-old caves, temples and other structure depicted intimacy as a way of life. It was the Indians after the freedom which thought kissing on screen was immoral!

The CBFC has its guidelines properly laid down and, if those were followed, few filmmakers would have problems with the process. However, over the period, many of those who occupied the post of Chairman of the Board, made their own interpretations of the guidelines, and some even set their own set of rules.

When Raj Kapoor launched Rishi Kapoor in “Bobby”, I think the kissing scene was okayed by the Board after ages. More films followed, and there was little the Board could do since a precedent had been set. But, to some, what good was being the Chairman if he/she had no say in the way things were running smoothly!

Things could not be let out of control of the Board, so a measure for a kiss, a fight or a rape scene and such on the screen was devised, totally illogical and arbitrary at that. It was decided to limit a kissing scene to certain duration (in seconds, too) at a time. So, what the wise filmmakers did was to interrupt a kissing scene with a couple of moments’ break, showing surroundings or birds chirping to show their happiness at the happy couple kissing!

The filmmakers were reduced to finding indirect ways of depicting such scenes. For a kiss, two birds would be shown cooing or two flowers touching each other! For a rape scene a boiling vessel of milk overflowing or a water fountain coming to life in some garden somewhere! It was hilarious.

The kissing scenes on screen are usually cursory, just a lip-to-lip touch. There is nothing about them that is can be termed as vulgar.

Of course, there was discrimination when it came to judging foreign films. The same Indian audience saw these films but there the kissing on screen was okay! But then, there was a Chairman of the Board who ruled that the kissing scene in a James Bond film, “Spectre” (2015), be limited to some seven seconds! Now, that was rather ridiculous. All foreign films have a few kissing scenes here or there. And, you can’t expect a James Bond film sans kissing and Bond bedding the woman in the last scene of the film! That has been the Bond film formula since “Dr No” in 1962, the first film in the franchise.

Pahlaj Nihalani being a producer of many films, it was strange on his part to impose such impractical rulings as CBFC Chairman. But, then, Nihalani was not the only one to come up with ridiculous snipping of films. Earlier, too, many films have been victims of Censor highhandedness.

Actually, the post of the CBFC Chairman is more honorary than executive. In usual practice, the CEO or the Regional Officer (RO) manage the day-to-day affairs of the Board like planning a screening and shortlisting a committee for the job from the list of the Examining Committee members. It was when some Chairmen assumed power that CBFC affairs made it to the media.

At times, the problem starts right at the onset when Examining Committee members watch a film. These are people and professionals appointed from various walks of life, considered to be well-versed with things around them. May be, it is something to do with what a government-assigned chair does to some. They turn into moral guardians of the people of India and also the encyclopaedia on filmmaking! Instead of doing their duty of watching a film and deciding if the content in any way goes against the guidelines, they start ordering cutting of scenes and dialogue at random.

Don’t know what suddenly puts so much wisdom in these otherwise normal people! As a remedy of the whimsical Examining Committee observation, the Board has a Revising Committee (RC), which has a relook at a film the EC finds objectionable.

It may sound strange that though the RC is appointed from the same list of Committee Members on the Board’s roaster, here usually, the same film passes without hassles either clearly or with minor cuts!

What could be the reason? May be, the RC members feel more responsible.

Yet, when both the Committees — Examining as well Revising — were around, there was a last resort in the set-up for the aggrieved filmmaker. This was the Appellate Tribunal where a producer could take his case. Very rarely has a filmmaker returned unhappy from the Tribunal, which at most times overturned objections raised by the earlier committees.

Now, the government, in its wisdom, has decided to abolish the Appellate Tribunal, leaving filmmakers totally at the mercy of the few wise men and women it deems fit to decide what Indian filmlovers should watch!

The system so far follows the rule that wherever somebody is sitting on a judgement on your issue, if not satisfied, one can take recourse to the next level. This holds true from Income Tax Department to the Courts of Law. The CBFC Tribunal served the same purpose. Why should absolute power be vested in a few and not have the body that can judge the flaws, if any, in their decisions. Especially so, because the Appellate Tribunal also consists of people outside of the EC and includes a retired judge.

Now, if a filmmaker has issues with the Board, he will need to approach the court of law and no producer has even been in favour of this, as it takes a lot of time, uncertainty about the release plans, besides adding to the overburdened courts.

There is a last resort for all, even a killer who may appeal to the President of India. The banks have Ombudsman. The Income Tax department and stock market also have appellate bodies.

The ball is now in the film fraternity’s court. Since, the trade fails to find logic in this move, let the government justify it to the courts.

(Vinod Mirani is a veteran film writer and box office analyst. The views expressed are personal)