When Aishwarya’s daughter hugged Ranbir thinking he was her dad

Mumbai, October 21, 2016 Star kids are just like any other kid. They can amuse you at times and can make you go ‘aww’ with their adorable and funny antics. Something similar happened with Aishwarya Rai Bachchan’s daughter Aaradhya. Turns out, the munchkin hugged her mom’s ‘Ae Dil Hai Mushkil’ co-star Ranbir Kapoor after mistaking him to be her dad, Abhishek Bachchan. In a recent interview to Filmfare, Ash revealed that once Aaradhya just ran into Ranbir’s arms thinking he was Abhishek. Since Ranbir was wearing a jacket and a cap which were very similar to what Abhishek wears often and also sported a beard much like AB Jr., Aaradhya got confused and assumed Ranbir to be her daddy dearest. Ash further revealed that there was a time when she had a crush on Ranbir’s dad, Rishi Kapoor and now, her daughter is in love with RK Jr. 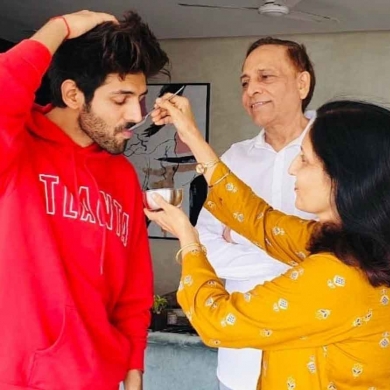