Mumbai, April 24 (IANS)  Superstar Akshay Kumar feels that a film should be completed in 30-60 days, and is surprised with filmmakers taking 300-400 days for the purpose.
At the trailer launch of his upcoming comedy “Housefull 3”, Akshay, asked how he manages to regularly do 3-4 films a year, said: “It is not rocket science, it is very easy, you just keep on working. I don’t think one film should take more than 60 days. I finished ‘Housefull 3’ in 38 days.
“Everyone comes on time, we work hard. I work for eight hours and it was very fast. I had read that they made the film, ‘Mission Impossible’ in 52 days. I don’t know how we talk about 300 days and 400 days. Films are completed in 30-60 days, maximum you take 70 days, how much shooting will you do?”
Akshay had four releases last year, and “Housefull 3” will be his second release of the year after “Airlift”. He will have another film, “Rustom” releasing this year.
The story of “Housefull 3” is based in London, where Boman Irani’s character has three daughters – Jacqueline Fernandez, Lisa Haydon and Nargis Fakhri – and doesn’t want to get them married.
But they want to get married to their boyfriends, played by Akshay Kumar, Riteish Deshmukh and Abhishek Bachchan, and the film is about the hilarious tricks these boys play to get married.
Akshay added: “My shooting days were 38 days, but it took 40 days to make the trailer because they (makers) couldn’t understand how to show in two and half minutes everything about it’s storyline. It was very difficult for them, I remember so many times they showed us, but nothing was working out.”
About the franchise completing a hat-trick, Akshay said: “We’ll come to know if it’s a hat-trick… it would be good if people like our third attempt with ‘Housefull 3’, because then it serves as motivation for fourth and fifth films. We will be looking forward to see how the business is, we keep our fingers crossed so that everything goes well.”
“Housefull 3” has been directed by Farhad-Sajid, who have replaced Sajid Khan. 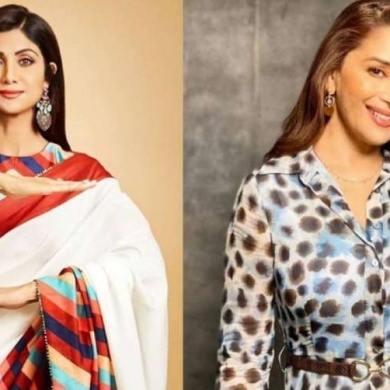