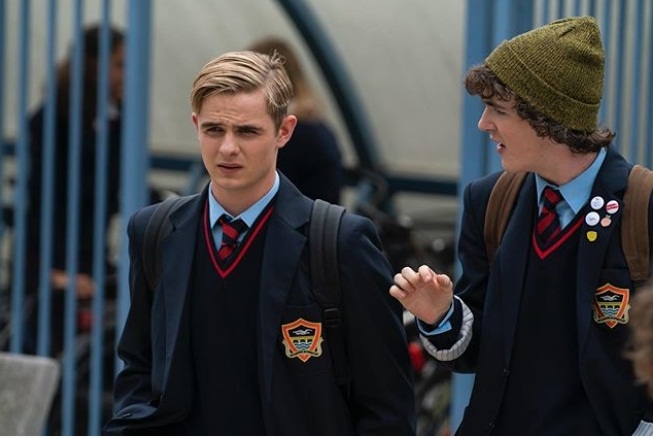 James Bond beware, the spy kids are taking over. Teen action queen Hanna returned for a second season blitz only the other week, and now here comes Alex Rider — new teen spy on the block. Alex is Brit and suitably suave, just like Bond, and he reports to MI6. Plus, “Alex Rider” the series gets a very Bond-ish opening theme song too, before the spy games kick in.

English bestseller novelist Anthony Horowitz’s young adult spy hero has had a big screen outing before this (“Stormbreaker” in 2006), but that seemed like a half-cooked dish, which led Alex Rider to being consigned to the backburner for well over a decade. This current series is a reboot for the young sleuth, tried out on a cautious note in the more modest platform of OTT.

Moulded into an adventure that plays out over eight episodes of 43 to 45 minutes each, “Alex Rider” the web series is more relaxed in pace in the initial portions than a film could afford to be. The action drama takes time to take off, and creator Guy Burt tries balancing out the lack of pace by providing random spins and stunts to keep things from flagging in the early parts.

Otto Farrant is rich kid Alex Rider, whose banker uncle Ian dies in a car accident. Soon enough, Alex gets to know his uncle was no banker and the death is far from an accident. Uncle Ian, it turns out, was a spy working for MI6. Also, he was killed in the line of duty.

Alan Blunt (Stephen Dillane), the shrewd Director of Special Operations at MI6, then asks Alex to join the probe into his uncle’s death, which seems to have a link to a couple of other high-profile killings. The young hero is reluctant, but the MI6 has ways to obtain assent. Alex is sent undercover to Point Blanc, the isolated boarding school in the snow-clad French Alps for children of the super-rich. Soon, however, Alex discovers the place is more than a school. It is a hub for the shadowy Doctor Greif (Haluk Bilginer), to put a sinister plan in place.

“Alex Rider” takes all essential formulae of the vintage spy saga — save the Bond girls, of course — and reorganises the mix to set up schoolboy action fantasy, catered with a science fiction edge in the end.

Without giving away spoilers, season one of the show creates scope for a coming-of-age subtext for its young hero. It involves an identity crisis that lets Alex engage in a showdown with an intriguing adversary in the finale.

Sleek and stylish, “Alex Rider” makes for a fun watch, though the show overall could seem too fleeting in impact to resonate in your mind for long. Still, you will probably be hoping for a new season in some time.