New Delhi, May 20 (IANS) Domestic air passenger traffic rose 20.93 percent in April to 79.32 lakh from 65.59 lakh registered during the corresponding month of last year, official data showed on Friday.
During March, the air passenger traffic had surged by 25.25 percent to 78.72 lakh.
Data furnished by aviation regulator Directorate General of Civil Aviation (DGCA) showed that passenger traffic during the January-April period grew by 23.22 percent.
“Passengers carried by domestic airlines during January-April 2016 were 309.35 lakhs as against 251.05 lakhs during the corresponding period of previous year thereby registering a growth of 23.22 percent,” the DGCA said in its monthly statistical analysis.
Further, the data on the on-time performance showed IndiGo leading the industry with 88.5 percent punctuality at four major airports of Bengaluru, Delhi, Hyderabad and Mumbai.
It was followed by Vistara (84.9), Jet Airways and JetLite (83.3), SpiceJet (82.4), and Air India’s domestic operations (79.3) being on schedule.
Meanwhile, Air Pegasus had the highest number of cancellations at 14.22 percent followed by Trujet (1.34), Air Costa (0.97), Air India’s domestic operations (0.74), Jet Airways (0.69).
“The overall cancellation rate of scheduled domestic airlines for the month of April
2016 has been 0.44 percent,” the aviation regulator said.
According to the data, a total of 674 passenger related complaints had been received last month.
The LCC IndiGo achieved the highest market share in the month under review at 38.7 percent followed by Jet Airways (15.9), Air India (15.1), SpiceJet (12.9), GoAir (8.5) and JetLite (3.00 percent).
Vistara reported a market share of 2.3 percent, followed by AirAsia India (2.1), Air Costa (0.8), Trujet (0.4) and Air Pegasus (0.3). 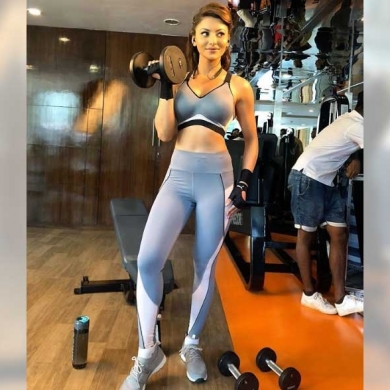