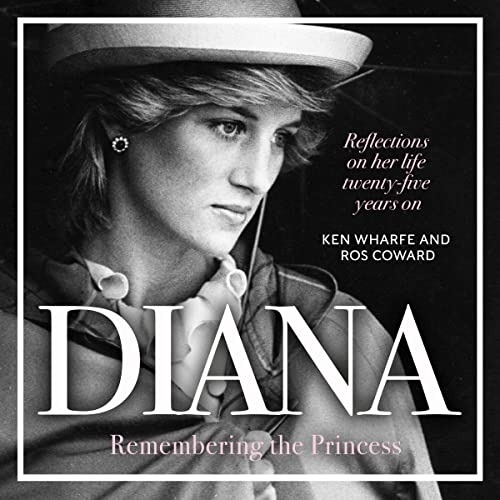 Mumbai, Aug 29 Princess Diana’s life and death continue to arouse curiosity and trigger speculation around the world, 25 years after her death in tragic circumstances in Paris.

A new audiobook, ‘Diana – Remembering the Princess’, written by her former bodyguard and brought out as a tribute to the ‘People’s Princess’ on her 25th death anniversary, has breathed fresh life into the controversy over the possibility of Diana’s death being the result of a conspiracy, and how she kept hinting at people who were keen to see that “I was not around”.

Written by Inspector Ken Wharfe, Diana’s police protection officer, and Ros Coward, author of the official book by Diana, Princess of Wales Memorial Trust, highlights her initial life, death and what happened after the funeral. It is narrated by Emily Pennant-Rea and Wharfe.

Born on July 1, 1961 at Park House, Sandringham, Norfolk, Diana Frances Spencer was the first wife of Charles, Prince of Wales and she was known for her kindness and charity works. Not only her life but her sudden death in a car accident on August 31, 1997, inevitably forced many to think about the late princess, her life, marriage and divorce.

Here are the few anecdotes from the audiobook:

“When Diana was six, her parents separated and divorced two years later.” reveals Ken. He also mentions that in 1976, Earl Spencer (Diana’s father) married Raine Spencer-Countess of Dartmouth, who was also the daughter of the romantic novelist Barbara Cartland.

Ken says: “All the Spencer children disliked her (Raine Spencer) intensely and called her acid rain.”

Ken mentions in the audiobook: “Her (Diana’s) older sister Sarah had previously been romantically linked with the Prince of Wales, but it was Diana who became engaged to Charles in 1981 when she was only 19 years old.”

While many controversies are attached to Diana’s life, Ken says: “Prince Charles admitted his infidelity with Camilla in a TV interview with Jonathan Dimbleby. While Diana continued her international trips and humanitarian work, her private life was still unravelling.

“The Prince of Wales was continuing his relationship with Camilla Parker Bowles, a liaison which many of their friends colluded with, leading to Diana feeling ostracised and betrayed.”

In November 1995, Diana appeared in the infamous Martin Bashir’s Panorama interview in which she made her memorable comment: “There were three of us in this marriage, so it was a bit crowded.” Soon after this, in August 1996, her marriage to Charles was dissolved.

Princess Diana’s death in a car crash in Paris was something that made headlines and it was difficult for many to believe it to be a natural death. Ken reveals: “Diana was said to have made comments such as ‘They need to get rid of me’ and ‘They’d like it if I wasn’t around’. Such quotations hinted that she predicted her own demise or even that she correctly suspected she was at risk.”

What happened after her demise

After Diana’s death, her funeral took place the following day. Ken elaborates what happened after her death: “Many people were lost. Many were distressed, but they were also angry that the royal family didn’t appear to care that they had sealed themselves away, with nothing seen or heard of them.

“There was no personal statement from the Queen, there were no gestures of loss or emotion. The gulf between them and their subjects had never seemed wider in the days after her death, while the crowds continued to pour into London to lay flowers at the gate of Kensington Palace.”

The audiobook is available on Audible.