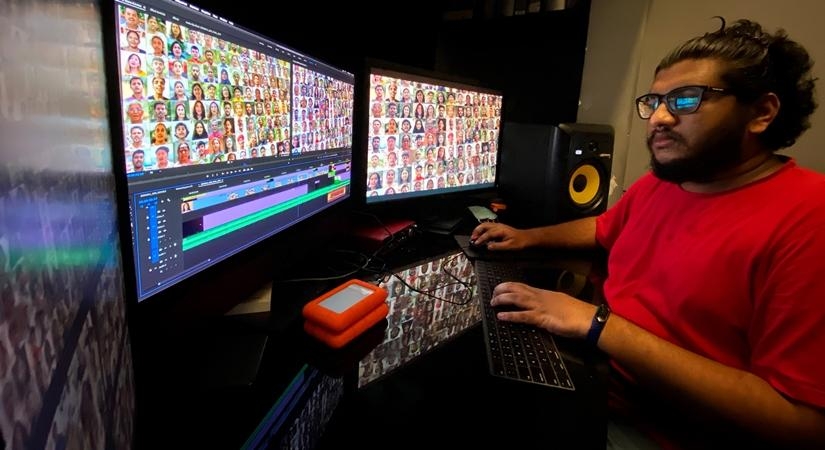 New Delhi, Aug 18  A focus on emotion in music has iconic filmmaker Bharatbala seamlessly connecting anthem with patriotism. “Patriotism, through the words and the melody of music, can carry an emotion that then becomes a part of the person. It is the best means to connect with people and invoke that emotion of pride for the nation,” he says.

Emphasising that music has been an integral part of our engagement as a people — be it through cinema, folk music, classical music, or the anthem, he tells IANSlife that 2020 is a one of a kind of year, where we have been distanced from people. “A year when Indians have been cut off from each other.”

Even in this moment of distancing, the veteran wanted there to be one binding emotion and anthem that brings us together – this was the vision for his ‘Virtual Jana Gana Mana,’ where he reimagined the India’s National Anthem on it’s 74th Independence Day. In a unique collaboration between Prasar Bharati, Virtual Bharat and Google, Indians were invited to sing the national anthem with an Artificial Intelligence (AI) powered musical experience which was cinematically captured under Bharatbala’s direction and that of his Virtual Bharat team. It premiered in August 2020.

A person who breathes life into his visuals through real people and places, the filmmaker tells Indian stories with a universal sensibility, shot in the most exotic locations across the subcontinent. He is renowned for his grand visions for and of India, his most popular being ‘Vande Mataram Maa Tujhe Salaam’ 23 years ago; a vision that is still sung when the youth feel patriotic.

According to Bharatbala, music brings people together through thick and thin, not just in lonely times like these. “Of course it fills in the gaps during these times, but it is part of our life cycle. From birth to eternity, we have music with us!”