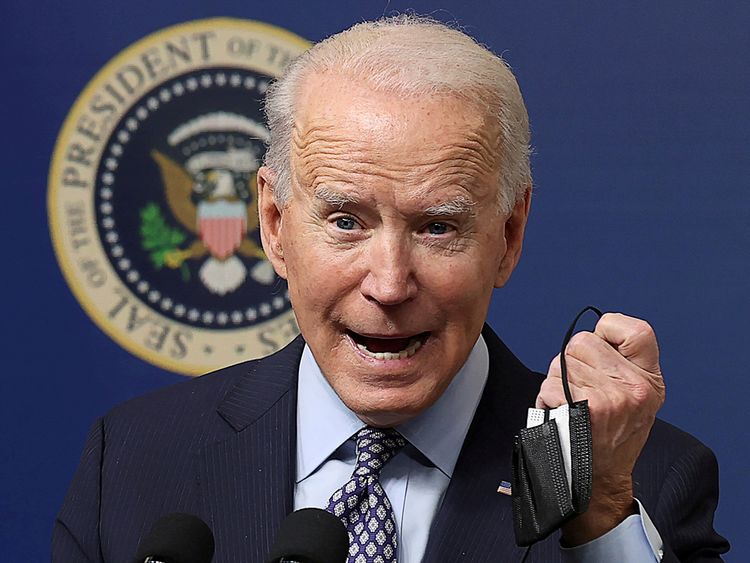 Washington, March 12: While President Biden’s first prime-time address was largely optimistic regarding the country’s plan for tackling coronavirus, Mr. Biden also used his time at the podium to condemn the surge in violence that Asian Americans have experienced over the past year.

“Too often, we’ve turned against one another,” the president said. “Vicious hate crimes against Asian Americans, who have been attacked, harassed, blamed and scapegoated.”

While hate crimes fell overall by 7% in 2020, a new report published this week found that Asian Americans experienced a 150% surge in attacks. In July 2020, there were more than 2,100 anti-Asian American hate incidents that were directly related to the pandemic.

Mr. Biden noted that the attacks are happening despite the fact that “so many of them, our fellow Americans,” are health care workers working on the front lines of the pandemic.

“And still, still, they are forced to live in fear for their lives, just walking down streets in America,” the president said. “It’s wrong, it’s un-American, and it must stop.”

Biden calls out the rise in hate crimes against Asian Americans during the pandemic, saying they’re “attacked, harassed, blamed and scapegoated””They are forced to live in fear for their lives just walking down streets in America. It’s wrong, it’s un-American and it must stop” pic.twitter.com/GRkWzXWzd2

A White House official had confirmed to CBS News’ Weijia Jiang ahead of the speech that the president would address these attacks, saying his decision to do so was deliberate and that his message would be “very forceful.”

Many on social media were quick to thank Mr. Biden for addressing the issue, saying that “words matter,” and comparing Mr. Biden’s rhetoric to that of former President Trump, who referred to COVID-19 as “China virus,” among other derogatory terms.

Every person I have interviewed about the attacks in the AAPI community has brought up the fact that words matter. Specifically, the words that have been used recklessly and dangerously. .@POTUS’ words from the podium matter: https://t.co/PMkZ5R0eSU

Our family greatly appreciates the president’s comments condemning the awful rise in hate crimes against Asian Americans. It truly is “un-American and it must stop.” pic.twitter.com/eyhoq6KrxT

During his first week in office, President Biden issued a memo condemning racism against Asian Americans and Pacific Islanders. The memo said that “advancing inclusion and belonging” is essential to making sure people in the U.S. are safe, and that the government must recognize it has played inn “furthering these xenophobic sentiments.”

“Despite these increasing acts of intolerance, Asian Americans and Pacific Islanders have made our Nation more secure during the COVID-19 pandemic and throughout our history,” the memo says. “An estimated 2 million Asian Americans and Pacific Islanders have served on the front lines of this crisis as healthcare providers, as first responders, and in other essential roles.”

The memo directed the Secretary of Health and Human Services to create a set of best practices for combatting racism and intolerance and directed the attorney general to explore how the federal government can better support Asian American and Pacific Islander communities and organizations.