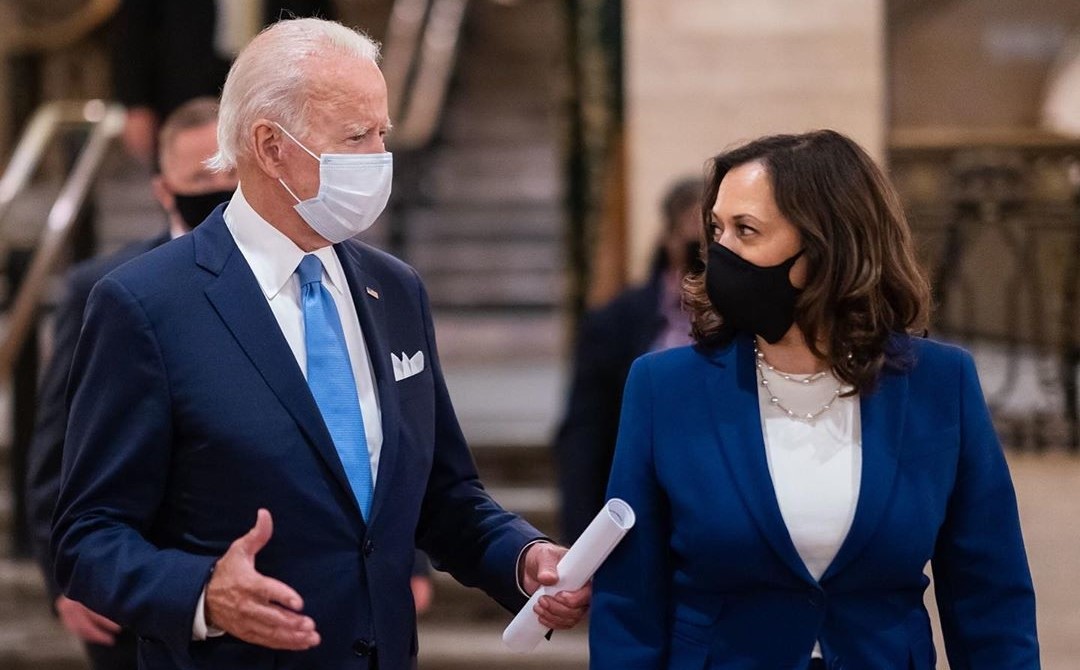 Biden refers to Harris as ‘South Asian’, not Indian

New York, Nov 8 While praising his running mate Kamala Harris as “a fantastic Vice President”, US President-elect Joe Biden avoided calling her “Indian” and instead referred to her as “South Asian”.

“I will be honoured to be serving with a fantastic Vice President, Kamala Harris, who will make history as the first woman, first Black woman, first woman of South Asian descent, and first daughter of immigrants ever elected to national office in this country,” he said at a victory rally in his home state of Delaware on Saturday night.

Race categorisations recognised by the US government do not include “South Asian”, while Asian Indian is listed officially for people of Indian descent.

People of Indian descent also officially come under the broad category of Asians that includes people from across the continent, but there is no “South Asian”.

South Asian in common and academic use includes Indians, Pakistanis, Bangladeshis, Sri Lankans, Maldivians, Bhutanese and Nepalese, and it is preferred by some “progressive” Indians in the US who seek an identity that they see as more inclusive than Indian and perhaps more “politically correct”.

Sometimes in common usage “South Asian”, is used to refer to someone whose national identity cannot be ascertained but has the physical or other characteristics common in the region.

Harris spoke of her mother Shyamala Harris Gopalan coming to the US as a 19-year-old from India but did not anything about her Indian legacy or use words like “chithi” (younger maternal aunt in Tamil) that she mentioned while accepting her nomination as the Democratic Party’s Vice-Presidential candidate.

She said her mother “maybe didn’t quite imagine this moment, but she believed so deeply in an America where a moment like this is possible” for her daughter to become Vice President.

Harris’s mother was active in the civil rights movement which created equality of opportunity.

The Vice President-elect said she was remembering her among the ranks of women who fought for equality.

“I am thinking about her and about the generations of women, Black women, Asian, White, Latina, Native American women who throughout our nation’s history have paved the way for this moment tonight. Women who fought and sacrificed so much for equality and liberty and justice for all.”

When the event at which Biden spoke after her ended, they brought their families to the stage at the open-air event.

Her family reflected the diversity of America with people of Asian Indian, African American and Jamaican descent, and her White Jewish husband Douglas Emhoff and his two daughters from an earlier marriage.