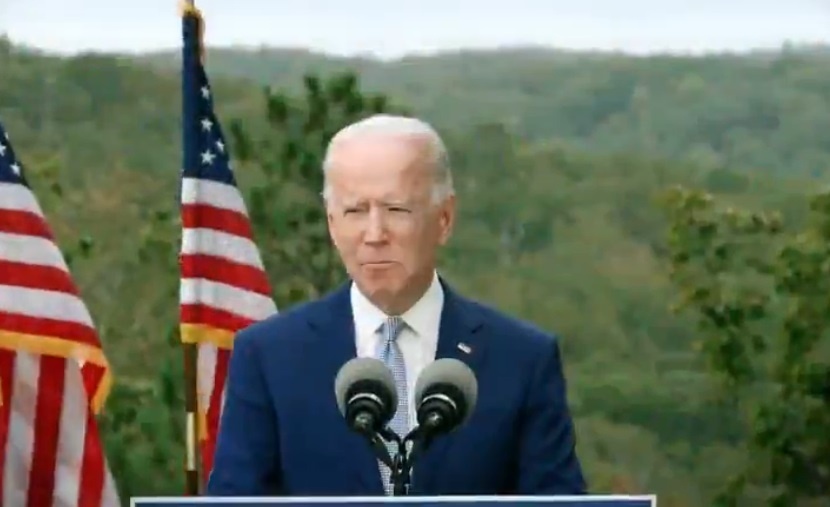 New York, March 12 US President Joe Biden’s spokesperson has defended his assertion that Indian Americans are “taking over the country” against criticism that it could play into the hands of racists.

Jen Psaki said on Thursday: “The President was just recognizing and honouring and valuing — or this was his intention — the incredible contribution of Indian Americans to science.”

sked by a reporter at her briefing in Washington about the criticism, she said that what he had said “was a reflection of his belief that Indian Americans have made a great contribution to the fabric of society, whether it’s science or education or the government and that was what he was trying to convey”.

Biden had told Swati Mohan, the NASA engineer who guided the Mars rover Perseverance to a soft landing on the Red Planet, during a virtual meeting last week, “It’s amazing. Indian of descent Americans are taking over this country. You, my Vice President, my speechwriter Vinay (Reddy). But I tell you what, thanks. You guys are incredible.”

For context, while Biden’s statement is taken as a compliment in India and by many Indians, in the ethnic cauldron of the US such comments are viewed with caution as they could lead to a backlash against Indian Americans, who are a minority.

For example, any such statements about Jews, however well-intentioned, are considered anti-Semitic as these claims have historically been used to foment violent attacks against them leading up to the holocaust in Europe.

In the US, such assertions about Jews have led to physical attacks and institutional measures like elite educational institutions imposing quotas to limit the admission of Jews and are, therefore, considered anti-Semitic.

The US State Department’s definition of anti-Semitism includes “stereotypical allegations about Jews as such or the power of Jews as collective — such as, especially but not exclusively, the myth about a world Jewish conspiracy or of Jews controlling the media, economy, government or other societal institutions.”

Criticising Biden, a rightwing publication RedState said that if former President Donald Trump had made such a statement about Indian Americans he would have been denounced as “racist”.

Trying to introduce context, Psaki said, “He was speaking to an Indian American woman who is, of course, a scientist and an important part of the NASA team.”

She added, “And he also was, of course, recognising the incredible contribution of his own Vice President, Kamala Harris.”

Indians and other Asians are already facing a backlash in academia because of their outstanding performance. Many elite universities require them to score as much as 140 points more than Whites in the entrance exams while also rating them low on subjective evaluations like personality by marking them as less “widely respected” to lower their rankings.

Four Indian American organisations joined other Asian groups that sued Harvard University alleging that it violated the Constitution and Supreme Court rulings by discriminating against Asians in admissions.

A federal appeals court ruled against them last year and the groiups plan to appeal to the Supreme court.

In New York City, the former Schools Chancellor Richard Carrenza campaigned against Asians accusing them of dominating the high-performing schools by outperforming them on admissions tests and tried to abolish the tests and created ill-will against them.

Asians have been subjected to violent attacks in the city and elsewhere in recent months by mostly other non-Whites. The situation got so bad in the New York that a special police unit has been set up to tackle anti-Asian violence.

In 2008, Biden faced criticism for the opposite reason. He had played into another stereotype of Indian Americans as low-level store employees when he said, “You cannot go to a 7-11 or Dunkin Donuts unless you have a slight Indian accent.”