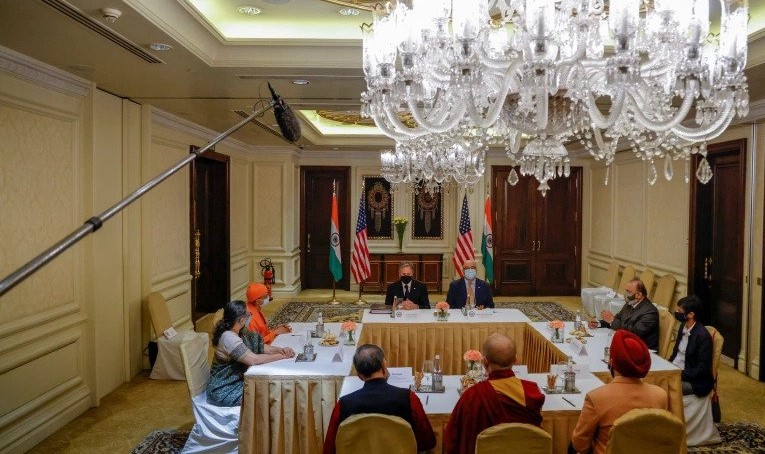 New Delhi, July 28: US Secretary of State Antony Blinken commenced his India visit with an address to civil society leaders.

Speaking to a group of civil society leaders at a New Delhi hotel, Blinken said that the relationship between the US and India was “one of the most important in the world”.

“The Indian people and the American people believe in human dignity and equality of opportunity, the rule of law, fundamental freedoms including freedom of religion and belief… these are the fundamental tenets of democracies like ours,” he said, Al Jazeera reported.

“And of course, both of our democracies are works in progress. As friends, we talk about that.”

In his New Delhi meetings, Blinken is expected to raise India’s human rights record as well as a recent religion-based citizenship law widely seen as discriminatory towards Muslims, as per reports.

Ahead of Blinken’s visit, India’s Ministry of External Affairs said the country was proud of its pluralistic traditions and happy to discuss the issue with the top US diplomat.

Blinken is scheduled to have talks with the Indian Foreign Minister S. Jaishankar later on Wednesday.

“Discussions will focus on regional and global issues of mutual interest — including recovery from the Covid-19 pandemic, the Indo-Pacific region, Afghanistan, and cooperation at the UN,” the foreign ministry said.

Both sides will discuss the deteriorating security situation in Afghanistan, where the Taliban is rapidly expanding the territory it controls in the wake of a US troop withdrawal.