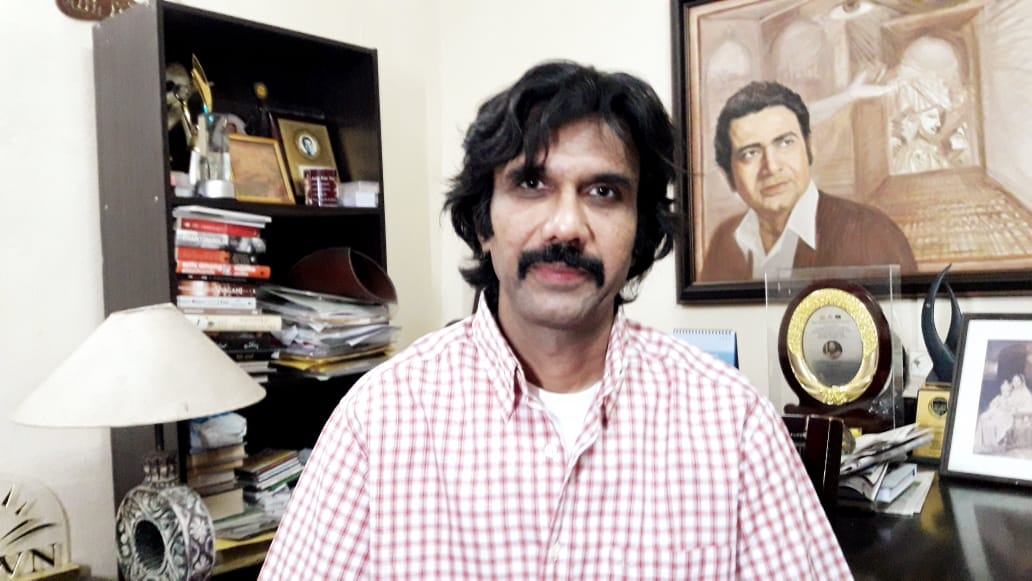 Bringing dignity to theatre has given me sense of fulfilment: Mohammad Ali Baig

From an ad filmmaker to a theatre actor, director and playwright and now a film actor, Mohammad Ali Baig has donned many hats in his career and with equal ease.

After making 450 ad films and documentaries, this Hyderabadi accomplished the task of reviving theatre and playing challenging roles in South Indian films.

A Padma Shri awardee in 2014 and a recipient of various international honours, Baig says he is into theatre by accident and he is an actor by default.

Grandson of a polo champion Mehmood Ali Baig and son of theatre legend Qadir Ali Baig, he initially stayed away from both as he did not want to dilute their achievements.

Coming from a noble family with a privileged childhood, he had no academic pressure. “I had no ambition. Even if you ask me today what your ambition is, I don’t know. I am a very staunch believer in destiny. As a Muslims we believe everything is preordained,” he told IANS.

Impressed by his designing work, an ad agency offered him a job after he graduated from Osmania University. The agency was then handling print media campaigns for former Prime Minister Rajiv Gandhi. “I started designing and writing and one thing led to another. I also worked with 4-5 chief ministers and had a huge exposure.”

Moving images attracted him and he was soon into making the ad films. He realized that he still had to introduce himself as an ad filmmaker while with two feature films, neither the director nor the actor had to introduce themselves.

Baig had a feeling that he lost his illustrious father because of theatre and hence he never took interest in the field. “Theatre was stark and intense for me. Frankly it was too boring for me then.”

When the government of undivided Andhra Pradesh was commemorating 20th death anniversary of his father in 2004, he realized that can pay the best tribute to him by reviving the theatre. The state government formed Qadir Ali Baig Theatre Foundation and he was chosen to head it. People asked him why he was flogging a dead horse.

Fifteen years later, he says, people realized the sincerity of his approach. “They realized when you do something with conviction and the right approach it does succeed and it gets you reward.”

It used to hurt him when people used to call ebecharey theatre waley’, how they survive and what they earn. “Today you should be proud that the country’s highest paid theatre actor outside Bollywood is from Hyderabad.”

Baig feels that his biggest accomplishment was bringing dignity to theatres and to take Hyderabad theatre to the highest echelons of theatre worldwide. He is the only Indian playwright, actor and director to be invited by Oxford University to present his work.

He is proud that he is taking Hyderabad’s eGanga Jamuni tehzeeb’ and India’s cosmopolitan culture worldwide. “We have also taken Hyderabad heroes worldwide be it Quli Qutub Shah, Turrebaz Khan, Hayat Bakshi Begum or Osman Ali Pasha. They are the unsung heroes.”

“Quli: Dilon-ka-Shehzada’, a play on the founder of Hyderabad Quli Qutub Shah was performed at Oxford. e1857: Turrebaz Khan’ had the world premiere at Edinburgh Festival Fringe.

According to him, the unprecedented honour was the Government of India releasing postal cover in memory of his father on his 33rd anniversary and foundation’s 10th year of theatre revival.

Having worked in advertising and having run away from theatre, he knows what turns people off in theatre. “I put myself in the audience seat and think if a person has to watch one hour of drama what would he like. There has to be a mix of everything. I present my theatre in a way which touches people’s hearts and connects with people. Theatre is for the audience and not for self indulgence.”

Baig’s audience spans 4-5 generations. “Theatre should be a mix of intellectual stimulation as well as meaningful entertainment. You can’t give sermons on stage,” said Baig who had directed on stage actors like Anupam Kher, Farooque Shaikh, Kabir Bedi and Shabana Azmi.

Baig believes that theatre will remain as it has its own audience. He recalled that when films came people said theatre will die and the same was said when television came.

Baig also recently made debut into films with Tamil blockbuster eAruvi’ (2017) in which he played the role of a police officer. “It was a cult film and all of us were first timers. It had a brilliant screenplay. I played a different role and enjoyed it.”

He believes that Hyderabad with its cosmopolitan culture and eGanga Jamuni tehzeeb’ is a blessed city and role model for the rest of the country.

“I never grew up thinking that I am Indian Muslim. I grew up thinking I am an Indian. We have old family friends who would not eat three meals during Ramzan because we are fasting, who would get new clothes for them and their children because Eid is approaching, who would visit our house on Eid days. I have my staff who would not fix meetings during certain time on Friday because they know I have my commitments. Similarly we have respect for Diwali, Dasara, Holi and Sankranti. We never grew up in Hyderabad thinking I am a Muslim, you are my Hindu friend or Christian friend. You being a Muslim or non-Muslim is a coincidence.”

“Not so far, thank God,” he quipped with a smile when asked if he ever felt oppressed or overwhelmed.

Baig said he was never asked such questions and this itself shows that this situation is unfortunate.

He is of the opinion that art and culture, religion, politics should stay away from each other. “When religion enters into politics and politics enters into religion you see a different face of democracy. Maybe for a section of society it is right and for a section of society it is not. The victimized section will always say this is not right, the beneficiary section would say that is the way to be. There is no end to this debate. It is a very unhealthy debate, unfortunate debate.”