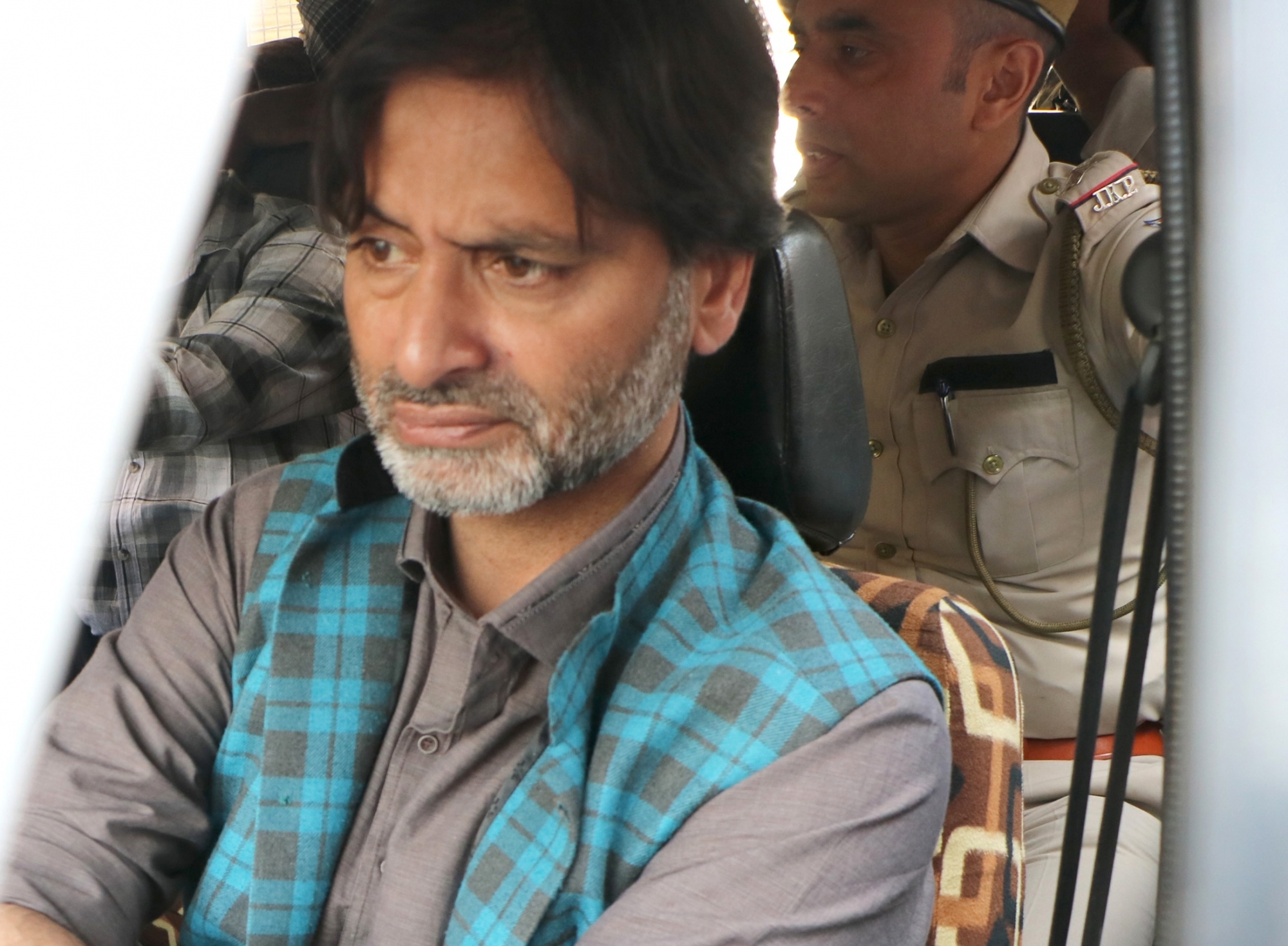 Srinagar: Jammu and Kashmir Liberation Front (JKLF) chairman Yasin Malik, who was detained in Srinagar to prevent an anti-poll campaign on Oct 2, 2018. (Photo: IANS)
Diaspora
·May 18, 2022

London, May 17  The British government of the Conservative party told the House of Lords on Tuesday that it is monitoring the trial of Indian Kashmiri leader Yasin Malik.

Responding to a question, Minister of State in the Foreign Office, Lord Tariq Ahmed, said: “On the specific issue of the trial of Mr Yasin Malik… we are monitoring it very closely. We do note he has been charged under the Indian law… and therefore we cannot intervene in the independent judicial process of India directly. However, in all our engagements we urge all countries to always respect their own international obligations regarding the treatment of any detainees.”

The matter put to him by Lord Qurban Hussain, a Liberal Democrat peer, was that Malik is on trial this week. Lord Hussain claimed the charges against him are “fake”. He alleged Kashmiris suspect the Indian government wants to “get rid of him”.

“His life is in real danger,” Lord Hussain asserted, as he asked: “Will the government use its good offices to protect Mr Yasin Malik’s life?”

Replying to an earlier query, Lord Ahmed had said: “The United Kingdom government encourages all states to ensure their domestic laws are in line with international standards. Indeed, any allegation of human rights is deeply concerning and must be investigated thoroughly, properly and transparently… We raise concerns with the governments of both India and Pakistan.”

Lord Hussain had asked what assessment the British government had made “of the human rights situation” in Jammu and Kashmir.

Subsequently, Lord Rami Ranger made a powerful intervention against Pakistan.

He said Hussain knows that “two Sikh traders in Peshawar were murdered last week because of their religion”.

“People in Pakistan like Ahmediyas, Sikhs, Christians and Hindus are persecuted, forcibly converted, Shia mosques are attacked… I would like to ask who is supplying arms to terrorists in Kashmir, who is training them, who is encouraging them to create disruption in paradise,” Lord Ranger asked.

Lord Ahmed tackled this by saying: “I am acutely aware of the challenges minority communities face in Pakistan and we again raise these in a constructive way… It’s important for both countries to move forward mutually together and agree that there is a bright future for both countries…”

Regarding the United Nations’ role on the Kashmir dispute, Lord Ahmed stated: “The best way to find a solution is to do so together.”