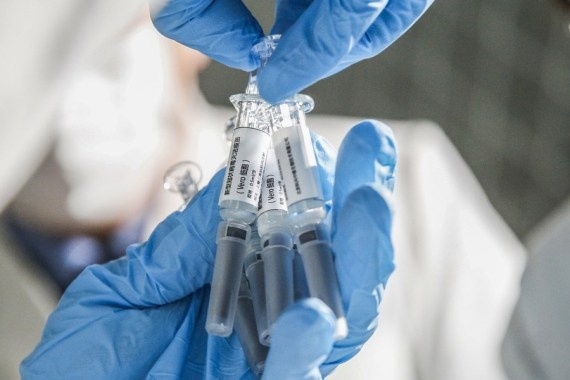 London, Dec 9 As UK began one of the largest vaccination drives, an Indian-origin couple in their 80s became one of the first few people to receive the recently approved Coronavirus vaccine.

Hari Shukla, a 87-year-old doctor and his 83-year-old wife, Ranjan Shukla, from the north east of England became the first Indian-origin couple in the world to get the Covid shot after they were vaccinated at a hospital in Newcastle.

Before the couple, 90-year-old Margaret Keenan and 81-year-old William Shakespeare became the first two people to receive the first shots in one of Britain’s largest immunization programs, an unprecedented global effort to try to end a pandemic that has killed millions of people already.

Hari Shukla, a race relations campaigner, based in England’s Tyne and Wear county, was contacted by the National Health Service (NHS) based on the criteria set for the world’s first vaccine to receive regulatory approvals in the UK last week.

Shukla, who was born in Kenya, said, “I’m so pleased we are hopefully coming towards the end of this pandemic and I am delighted to be doing my bit by having the vaccine, I feel it is my duty to do so and do whatever I can to help.”

“Having been in contact with the NHS, I know how hard they all work and the greatest respect for them – they have a heart of gold and I am grateful for everything they have done to keep us safe during the pandemic,” he said.

British Prime Minister, Boris Johnson on Tuesday said: “Today marks a huge step forward in the UK’s fight against coronavirus, as we ben delivering the vaccine to the first patients across the whole country.

“I am immensely proud of the scientists who developed the vaccine, members of the public who took part in trials, and the NHS who have worked tirelessly to prepare for rollout.”

British regulators approved the Pfizer vaccine on December 2, and the country has received 800,000 doses, enough to vaccinate 400,000 people.

The first shots are given to people over 80 years of age, who are either hospitalized or already have outpatient appointments scheduled, along with nursing home workers and vaccination staff.

The 800,000 doses are only a fraction of what is needed in the UK. The government is targeting more than 25 million people, or about 40 per cent of the population, in the first phase of its vaccination program, which gives first priority to those at highest risk from the virus.