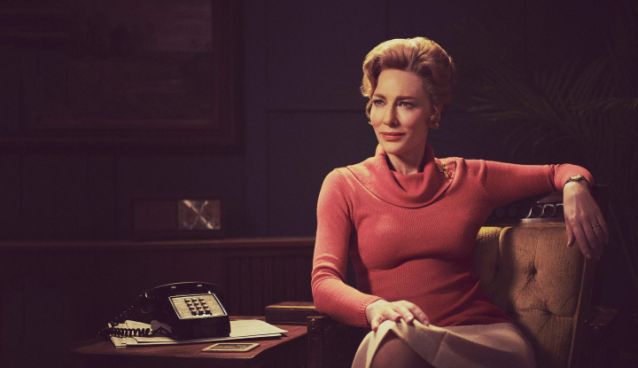 Cate Blanchett: Have always identified as a feminist

Hollywood star Cate Blanchett says feminism is all about equality, adding that true power lies in bringing up other people.

“I’ve always identified as a feminist but I was also a part of the anti-wave in the mid-eighties and during the nineties. Feminism was a dirty word. The conversation that was going around in the 1970s, and I think it continued negatively into the 1980s and 1990s,” Blanchett said.

“Being a feminist meant that you were anti-family and that is just an anathema to me. I think feminism, at its base, is about equality but it also means that someone who is holding all the power has to share and that is a fearful thing for a lot of people. True power is about self-respect, and respect for others.”

The actress feels if we survive into the next century, “it will be about collaboration”.

“It will involve deep listening, it will involve doubt, it will involve humility. Women who I greatly admire, who’ve done extraordinary things across industries, I’ll ask them a question hoping that they’re going to solve the problem and they take the time and have the courage to say ‘I don’t know, what do you think.’ So suddenly, you’re in dialogue,” she noted.

“Real power is bringing up other people with you, and women are by and large great at doing that. I am really excited about the generations that are coming up. It feels now like there are a lot of growing examples of women who are finding their own voice. They have a more secure and broad platform to be seen by audiences,” she added.

The actress continued: “Alma Har’el’s work was amazing in ‘Honey Boy’. And (American writer-director) Mariel Heller and (French filmmaker) Claire Denis — all these are people whose work is so fascinating. I am working on ‘Stateless’ and finally got to work with the wonderful Jocelyn Morehouse and Emma Freeman who are great TV directors. Apart from Ryan Fleck, all of the directors on ‘Mrs America’ were women.”

On the work front, Blanchett plays Phyllis Schlafly in the series “Mrs America”, aired in India on Star World. It tells the story of the movement for the Equal Rights Amendment in the 1970s, and the backlash led by the conservative Schlafly.