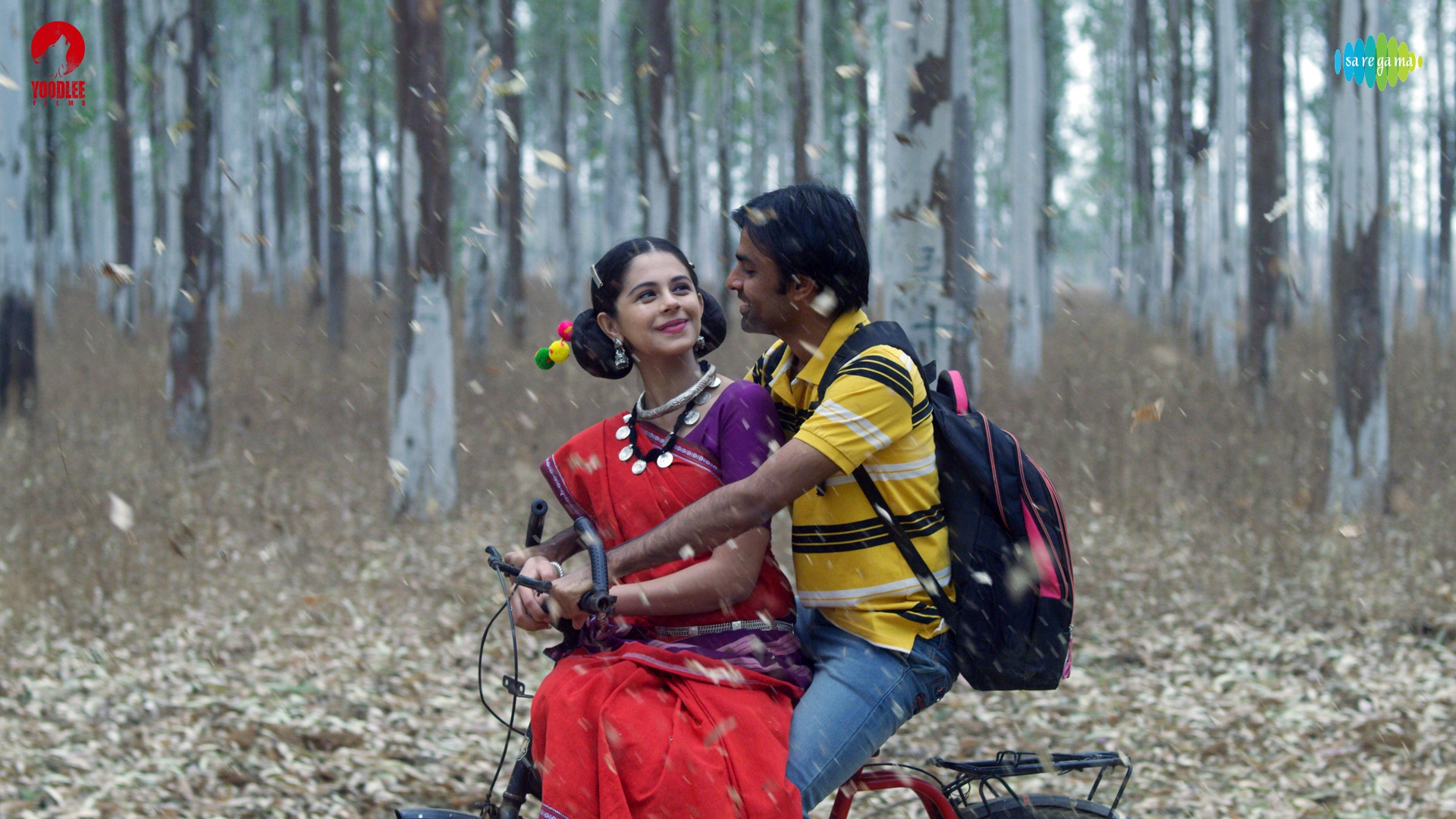 Debutant writer-director Apurva Dhar Badgaiyann’s effort harks back to the way tele-films used to be made for Doordarshan once upon a time. “Chaman Bahaar” unfolds at an unhurried pace to narrate a story of old-world simplicity — a trait personified by the film’s hero Jitendra Kumar with understated ease.

Kumar plays heartland boy Billu, who refuses to obey his father’s diktat and take up a ‘sarkari job’ in the forest department. He wants to carve his niche in the world, he declares (that, and maybe because he almost got attacked by a bear once).

So, much to his father’s annoyance, Billu sets up a ‘paan dukaan’ along the highway in their sleepy town of Raipur. Reality bites soon enough, for business in that part of the town is no longer what it used to be.

“Chaman Bahaar” tries giving that familiar picture of struggle in smalltown India a spin seeped in bittersweet humour and irony. The Billus of the world, dozing half their days off in desolate wayside kiosks, are not supposed to moon over a luxury emotion as love. Yet, that is precisely what happens to Billu one fine day, when a flashy car draws up in front of the empty house opposite his shop, and a huge truck starts unloading goods.

The family that will occupy the house bang opposite Billu’s shop is an affluent one. What sweeps him off his feet is the teenage girl who steps off the car along with her parents and kid brother.

The narrative tries creating its humour and irony with what happens next. It seems Billu is not the only guy in town who is floored by the girl. Suddenly, his shop his milling with young male customers. All of them want to while away as much time as possible at his shop, to catch a glimpse of the girl. Business booms, but Billu is disgusted. He is quietly in love with the girl, after all.

For Jitendra Kumar, the journey from his TVF stint via “Shubh Mangal Zyada Saavdhan” to “Chaman Bahaar” has been highlighted by a steady progress as an actor, and is evident in the way he brings alive the emotions of the normally shy Billu, despite not being accorded many dialogues. His act would seem like the primary fulcrum that holds a film that doesn’t seem to have much of a story to tell.

Indeed, Badgaiyann’s debut directorial feature struggles all along to find a solid enough USP that may act as clickbait, jostling as it will be for attention on the Netflix home page among nearly 200 films. The tack of setting up a plot around a smalltown dream, to mirror random slices of ordinary life, has been tried out before.

Badgaiyann dwells on cast and class divide that blatantly dictate societal decorum in a town as Raipur. There is police highhandedness shown too, in the name of anti-romeo action. The archetypal self-seeking local ‘neta’, out to derive advantage out of any given situation, also gets due presence in the screenplay.

These are standard vignettes of smalltown India, we have seen these once too often on the Hindi screen. In this film, such elements, along with an interesting supporting cast, works as subsidiary to set up a fine performance by Jitendra Kumar as Billu.

For, there is little else to recommend in “Chaman Bahaar” beyond its leading man.
(Vinayak Chakravorty can be reached at vinayak.c@ians.in)