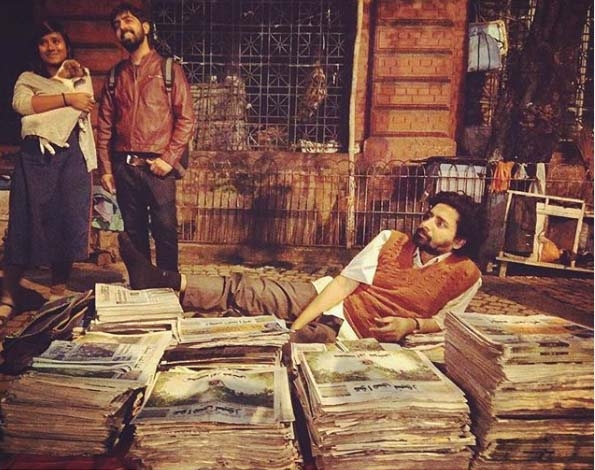 “Working on this film was very difficult, when you are shooting for an independent film it is a run for time. I remember shooting for 24 hours continuously at multiple locations,” said Chandan.

“The climax scene of the film which was one of the most important ones, I was supposed to breakdown, the whole scene was to be shot in a run-down toilet and it was very filthy. But what has to be done has to be done. It was also difficult because I was sleep-deprived, hungry, and extremely exhausted. This scene is being appreciated and I couldn’t be happier,” he added.

“Chippa” is a story about the aspirations of a 10-year-old boy who lives on the streets, told through a journey he takes into an enchanting world that he creates for himself on one wintry night in Kolkata.

Directed by Safdar Rahman, it stars Sunny Pawar as Chippa, along with Joyraj Bhattacharya and Sumeet Thakur. The film is streaming on Netflix.