Originally to be theatrically released by Paramount Pictures, the film’s distribution rights were sold to Amazon Studios due to the COVID-19 pandemic. Coming 2 America is released on Prime Video on March 5, 2021.

Those who have treasured the 1988 comedy which is now a classic on its own, some may even call it as a cult will obviously have a level of expectations from its sequel which comes after a whooping 33 years later. Now, that’s a time gap isn’t it? But a good gag is a good gag; a good stand up will remain a good stand up no matter when it appears.

But the common question in all sequels and/or remakes is whether the original/prequel is respected or insulted?

Well, Coming 2 America may not be able to add fresh nuances to the three decade old classic but it does deliver on nostalgia, laughs and music.

Having the outstanding Eddie Murphy in full command in his various avatars along with his trusted aid Arsenio Hall in giving a satisfying enjoyable fun ride at least to the ones who take pride in Eddie Murphy and the 1988 original.

Around three decades have passed. Prince Akeem (Eddie Murphy) is now serving as King of Zamunda.

King Jaffe Joffer (James Earl Jones) is on his deathbed who relies heavily on his witchdoctor Baba (also Hall).

Zamunda is happy and there is peace at present. Zamunda’s neighbour Nexdoria ruled by a flamboyant military Dictator General Izzi (Wesley Snipes) desires to get his son Idi Izzi (Rotimi Akinosho) married to Meeka – training to be the princes of Zamunda in near future or else face a war. But King Jaffe throws a bomb.

Zamunda can only have a male heir and King Akeem has a son, which he doesn’t know.

So, in order to save Zamunda from the war with Nexdoria and have a male heir as per age old tradition, King Akeem has to find his son Lavelle Junson (Jermaine Fowler) from the Queens in America and make him the prince of Zamunda. What happens next?

Written by Kenya Barris with Barry Blaustein and David Sheffield (the writer of the original 1988 classic), Coming 2 America is more of a retelling. It’s funny, colourful and a bit raunchy as well.

The nostalgia is maintained and the comic abilities of Eddie Murphy is exploited to the fullest to please the fans and the gallery as an actor and as a comedian/mimicry artist in his avatars as Prince / King Akeem Joffer, Randy Watson – a soul singer, Mr. Clarence – the local barber and Saul the Jewish barbershop customer. Murphy is top notch.

Arsenio Hall is superb as well as Semmi – Akeem’s best friend and aide plus as Reverend Brown – a reverend of the church, Mr. Clarence’s right hand barber – Morris and of course Baba – the witch doctor.

Not to forget the fantastic contribution by Lavelle Junson (Jermaine Fowler) and Mary Junson (Leslie Junson).

And yes Wesley Snipes seems to be enjoying playing the cartoonish General Izzi.

Though there is no surprise in the script of Coming 2 America which should have been actually titled ‘Return To Zamunda’ in my opinion. The narration drags as well for a while with unnecessary subplots but director Craig Brewer (Dolemite is My Name) along with Murphy and Hall ensure that Coming 2 America is a merry fun filled dancing ball of giggles for those who don’t look for logic behind just seek fun and entertainment and are fans of the original and love Murphy. An extra for the music and is sheer entertainment quotient. 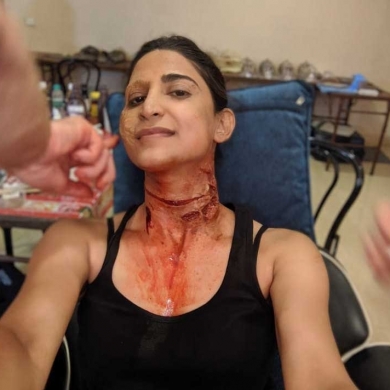