Take “Bridesmaids”, add a dash of “Girls Trip” with a sprinkle of “Bad Moms” thrown in, and voila! Cooking up a rom-com yarn about three very confused ladies never seemed easier.

Easy ain’t always effective in rom-com, though — especially when you out hawking familiar jokes in a storyline that deliberately tries being scatterbrained. If there’s anything that “Desperados” reminds you, it is the fact that creating good nonsensical comedy drama actually demands some amount of brains.

This is the sort of film that reiterates an awful truth about the burgeoning OTT culture: Since space of storage is not a problem, the digital platform is fast emerging as dumping yard, a blessing in disguise of sorts for content creators who would otherwise probably struggle to find an outlet for their very average (or below average) products in the big screen market.

This is the story of ditzy young Wesley (Nasim Pedrad) who meets the dashing Jared (Robbie Amell) by chance, and sparks fly. Wesley decides Jared is the man of her dreams, and is promptly accommodating him in her longterm day dreams.

The problem is after that one wonderful night, Jared simply vanishes. Thinking he has used her and given her the short shrift, Wesley, in a fit of drunken rage, shoots him off a nasty email loaded with the most colourful vocabulary imaginable. Helping her in the exercise is her two buddies, Brooke and Kaylie (Anna Camp and Sarah Burns).

Twist in the tale comes almost immediately. Even as the email has gone, Wesley gets to know Jared has been stranded in a Mexican hospital since the very next day he met her, after a terrible accident.

Wesley has a ditzy brainwave — she decides she must reach Jared’s resort room before he is relieved from hospital, and delete the mail from the inbox of all his devices. But to pull this off, she needs Brooke and Kaylie to go on the trip with her.

What follows makes up most of the film’s 105-odd minutes. The (mis)adventures of the three women are clearly supposed to be a non-stop slapstick train that sustains the runtime, given the fact that there is very little plot and even lesser twists to hold your interest.

Sadly, rehashing much of what traditionally defines silly humour, very little of the storyline regales. The pile of attempted gags singularly keeps reiterating just one fact — Wesley is wild and crazy, and she habitually courts trouble. Just about everything is inherently wrong about her, so she keeps falling in one mess after the other. The idea does get monotonous after a while, as she keeps ending up the butt of all jokes.

Periphery characters including Wesley’s buddies Brooke and Kaylie are given token problems of their own, which command minimal footage in the screenplay. More interesting is the character of Sean (Lamorne Morris), who begins on a wrong foot with Wesley as the film begins, but shapes up into an endearing protagonist as the minutes tick.

Nasim Pedrad’s Wesley is fun to watch. Although stymied by a shoddily-penned script and role, she renders a certain effortlessness that keeps her protagonist as well as the film from sinking. Pedrad and Morris try valiantly to get some sort of chemistry going — at least as much as this circus of comic cliches lets them. 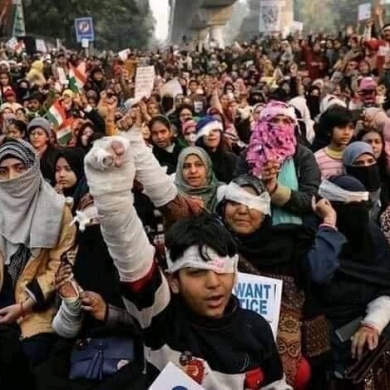