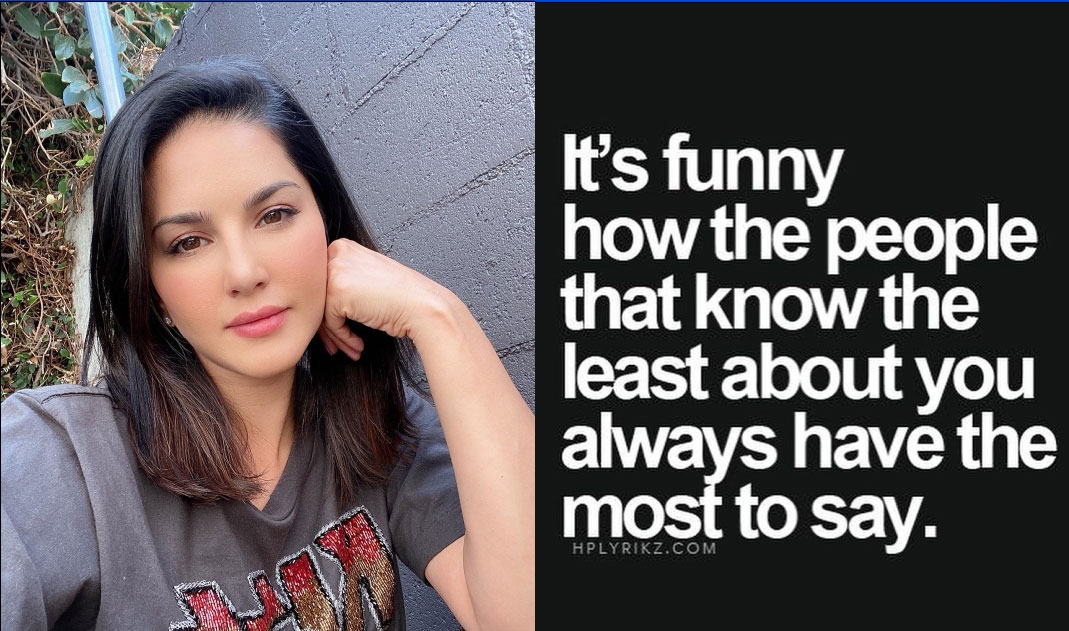 Did Sunny Leone take an indirect jibe at Kangana Ranaut?

Mumbai, Sep 18  Sunny Leone seems to be taking a dig at Kangana Ranaut in her new Instagram post on Friday, for dragging her name into the Urmila Matondkar controversy.

Sunny on Friday took to Instagram to share a picture with the caption, “Lunch date! Catching up on world drama!”

The second photo in her post seems like a clearer assertion. It reads: “It’s funny how the people that know the least about you have the most to say.”

The post was liked by many of her fans and followers, with one person writing: “Accurate!”