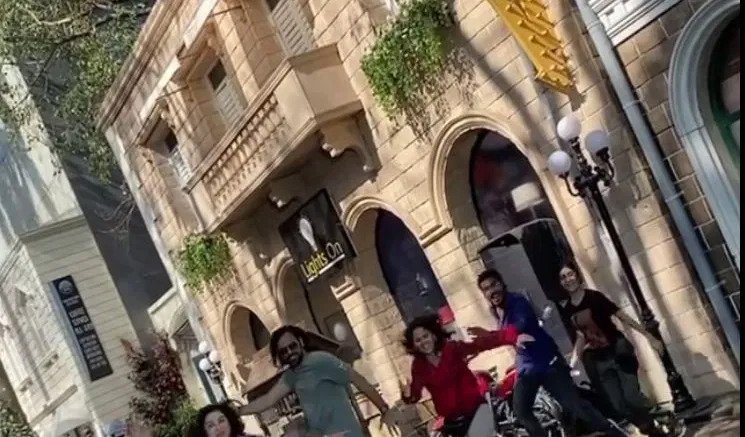 Mumbai, March 2 Filmmaker Farah Khan Kunder on Tuesday uploaded a boomerang video of herself with her team, trying to recreate the famous album cover of the iconic band Beatles’s Abbey Road.

Cover of the album had the Beatles crossing the road. It went on to become a music symbol of sorts.

According to her post, Farah reached the sets early and was in the mood to “goof around”.

She uploaded the video on her Instagram account on Tuesday and captioned it: “When u reach the set early n hav time to goof around.. emulating #abbeyroad with direction/ choreography team.. ?? #shootdiaries #covidtestedandcleared #maskswereoffonlyforthepic”

Besides this, the filmmaker is also seen as a host of a chat show “Comedy Adda”, which has stand-up comedy as part of the format.