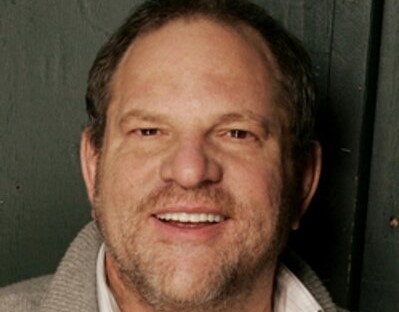 Los Angeles, Oct 25 (IANS) The first woman to testify in Harvey Weinstein’s Los Angeles trial broke down in tears, crying and breathing uncontrollably as she faced the jury to detail her sexual assault allegations against the former Hollywood producer and already-convicted rapist.

The witness, known as Jane Doe #1, was the first to be called by the prosecution. The woman is a foreign actress, whose first language is not English. She speaks Russian, Italian and English, though her translator accompanied her in the courtroom and was utilised during her testimony, reports ‘Variety’.

The woman claims she was assaulted by Weinstein in February 2013 at the Los Angeles Italia Film Festival during Oscars weekend, when he allegedly showed up unannounced to her hotel room in the middle of the night and forced his way in — and then onto her.

At the time of the alleged incident, Weinstein had only met Jane Doe #1 in passing at a couple of industry events. The two had barely spoken to each other, other than an introduction, she testified. The woman was visiting L.A. for a business trip to the Los Angeles Italia Film Festival because she was invited as a guest of the festival’s founder.

As a popular actress in Italy, Jane Doe #1 was required to walk the red carpets at the festival, occupy VIP sections of the theatre and attend exclusive industry dinner parties.

According to the woman, Weinstein suddenly showed up at her hotel, Mr. C Beverly Hills, after the actress returned to her hotel room past midnight one evening. She says she had not informed him of where she was staying, let alone engaged in many conversations with him at all, so she was confused as to how he knew her whereabouts and why he was there.

After returning to her hotel and dressing in a robe to get ready for bed, the hotel lobby called her room to say she had a guest.

“I said I didn’t expect any guest,” Jane Doe #1 recalled to the jury. The hotel staff informed her it was Weinstein downstairs.

“I was confused… I didn’t understand what he was doing in the hotel.”

She told the hotel staff that she could come downstairs, but Weinstein refused that offer. The next thing she knew, he was knocking on her door and loudly announcing himself. He said, “I want to talk to you.” Through tears, she told jurors that she opened the door so that he would stop knocking because the noise was so loud; she was embarrassed that hotel guests might hear the commotion.

“He just walked in,” she said. “I was really confused. I didn’t understand what was going on… I remember thinking, ‘Did he follow me?’ I don’t know him.”

The woman alleges that Weinstein forced himself into the hotel room and sat next to her on the bed. He took off his jacket and asked her to give him a massage.

“I asked him to go,” she said, saying that Weinstein didn’t listen and instead moved closer to her. When he came to the bed, he became a different person,” she testified.

“I started to be more direct and ask him to go away.”

In an effort to get Weinstein to leave, she had told him that she was a mother of three and showed him photos of her children on her phone. She recalled asking him to leave repeatedly, explaining that nothing was going to happen and that she wasn’t sure why he was under the impression that she was interested in any romantic or physical interaction with him, especially since they didn’t know each other.

At one point, he allegedly told her she was “beautiful,” commenting on her breasts by stating that they were too big for her to be a successful actress. When he made that comment, she asked him to leave again.

“He became more physical,” she said when asked by the prosecutor, deputy D.A. Paul Thompson, how Weinstein’s behaviour changed, sharing that he tried to hold her hand and take off her robe. “He opened his pants, he (held) my hand and he was touching himself,” she said, adding that she tried to stand up. “I was panicking and started crying… He said, ‘It’s okay. Like, c’mon.’ He didn’t care.”

Jane Doe #1 then alleged that Weinstein took off his pants.

“I was terrified,” she testified. “I was afraid. He was treating my room as his home, and treating me as not human… I was asking him please to leave.”

Crying and taking deep breaths on the stand, it appeared to be difficult for Jane Doe #1 to continue her testimony. When she was questioned further by the prosecutor, she went into gruesome detail about her allegations.

“He had a problem with his erection,” she told the jurors, “And said to ‘suck him and suck his balls.'”

She says Weinstein, only wearing his shirt, grabbed her hair and pulled her head towards his “private part.” She continued, “He forced me to do what he asked… I was crying, choking.”

Jane Doe #1’s testimony came after opening statements from the prosecution and defense. in their opening statement, Weinstein’s legal team told the jury that, while Jane Doe #1 is claiming she was assaulted by Weinstein, she attended a party thrown by the Weinstein Company years after the alleged incident and proudly posted a photo from the red carpet onto her own social media.