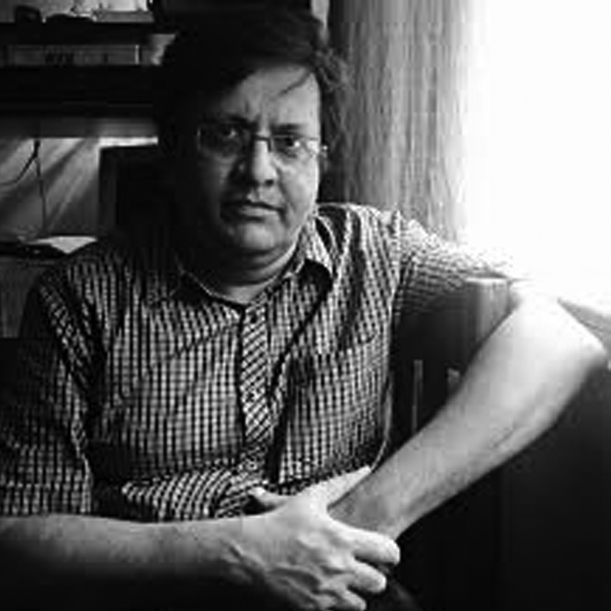 New Delhi, July 26 He is clear that as a filmmaker, it is not his job to bring about a social change, and unlike many from his fraternity that is not his starting point to making films. “I am intrigued by situations which force me to start looking at life from different perspectives. I do not look for, therefore, do not provide ‘solutions’ in my films. Considering I am interested in the ‘dilemmas’, each film is a cathartic experience for me personally. People may call it ‘self gratification’, but to some extent that’s true. My job as a documentary filmmaker is to take you on difficult journeys and share the obstacles, the mishaps, the revelations…,” says filmmaker Pankaj Rishi Kumar, whose documentary film ‘Janani’s Juliet’ has selected as one of the official Indian entries for the Oscars, and also won the Best Film at IDSFFK in Kerala.

While shooting ‘Two Flags’, he came across Indianostrum, a theater group in Puducherry. Much impressed by Valavane Koumarane, an important voice from the Tamil French community, Kumar started documenting his work and was intrigued by his process considering the group never took a script but wrote every play as a group exercise.

“In 2017, I got to know that he was planning to adapt ‘Romeo and Juliet’ into a Tamil situation. The lovers in his adaptation would belong to different castes. That was very striking and challenging for me. I started documenting the process in June 2017 and for the next 100 days, was with them. Being a part of their discussions, the whole documentary evolved as a participatory project. The camera therefore feels less intrusive and the troupe appears to be entirely comfortable with its gaze,” he remembers.

From an early stage in the shoot, Kumar decided to focus on the character of Juliet (Janani) and shot extensively with the three young actresses in the group who were through improvisations and discussions, trying to arrive at Janani’s character. “It was a navigating through caste and class obstacles, and understanding how these impact women’s freedom and love. My film is an attempt to document this journey,” he says.

“‘Janani’s Juliet’ is layered with concerns, from conflicts in society to those in a theatre group during the making of a play. I believe in layering my projects, adding one coat of meaning after another. This style, I believe, comes from my theatre days. A straightforward process of landing up and interviewing a theatre group about a play doesn’t interest me at all,” says Kumar.

Kumar, whose film is being screened during the ongoing ‘Emami Art Online Documentary Film Festival’ says that when it comes to choosing his subjects, he just keeps his eyes and ears open to the reality around. “Few things bother me, shake me from inside… these become the subject matter for my films. I do not purposefully go out hunting for topics to make films and are organic to my day to day existence. In 2012, when I started shooting ‘Two Flags’, I did not know that by the end of eight years, this journey would culminate into three separate films. This process of documentary fascinates me the most. It has happened earlier in my other films too. While shooting ‘Gharat’, I decided to make ‘3 Men and A Bulb’. ‘In God’s Land’ was conceived while making ‘Seeds of Dissent’.”

For Kumar, the state of documentaries in contemporary times is pathetic — “The meager state funding has dried up and in fact the state is all set to stifle voices. Every reaction, reflexive act by the documentary filmmaker is read by the state as ‘dissent’ / ‘subversive’,”he laments.

Stressing that he does not really see OTT platforms doing any good for documentary filmmakers, Kumar feels that films which one gets to see on these platforms are seldom critical of the state. “Yes, they are very well done and have started appealing to people who earlier would run away at the idea of ‘documentary’. The question is will they (digital platforms) support political social point of views which are problematic and run deeply in the Indian society?”

At present working on the third film in the Pondicherry trilogy — ‘To Die A Frenchman’ which he shot over three years from his own resources, feels that the state can extend much help to this genre of filmmaking. “The government has the money, all it needs is a change in attitude. It needs to be open to different and critical points of view, and take critique in a positive manner,” he concludes.