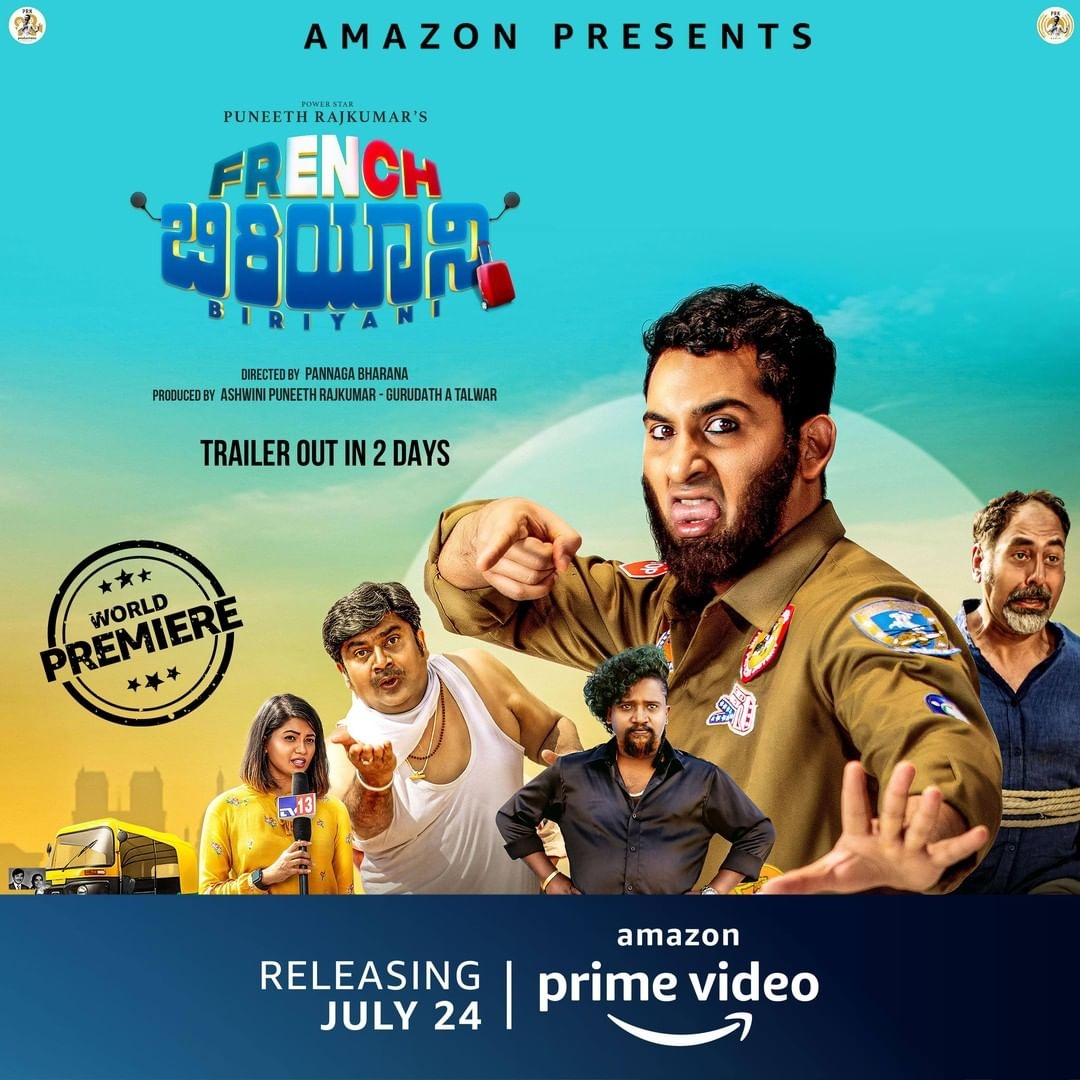 “French Biriyani” tick-marks both the criteria.

For a Kannada film that drops for global viewership thanks to the OTT advantage, director Pannaga Bharana’s latest effort works very well beyond language specifics. This is largely owing to the odd-couple comic chemistry the screenwriting (Avinash Balekkala) sets up between the film’s two leads, Danish Sait and Sal Yusuf, amid a wanton comedy of errors spread incessantly over the film’s near two-hour runtime.

Actor-comedian Danish Sait shot to fame pulling off pranks on FM radio, using a number of different avatars. His 2018 debut film as an actor, “Humble Politician Nograj”, used one such avatar — the crooked politician Nograj — to entertain with a satirical edge. “French Biriyani”, his second feature, uses Asgar, another popular role that Danish has regaled with on radio.

Asgar is a Bangalore auto driver and Yusuf plays a Frenchman named Simon, in India to attend a medical conference. The narrative wastes no time in setting up the backdrop for a crazy gag fest — Simon, after ending up as Asgar’s passenger thanks to a freak turn of events, gets robbed of his suitcase that has everything including his passport. Over the next three days, the duo will be caught in a whirlpool of twists involving cops, gangsters and a cow that obviously loves to snack on mobile phones.

“French Biriyani” works because the film does not try to be anything but crazy, and sincerely sticks to its purpose. But although hilarity is the basic intent of storytelling, you don’t miss the occasional urge to spoof filmy stereotypes, particularly in the depiction of the mafia dons Powder Charles and his son Muscle Mani.

The jokes keep coming in irreverently at the expense of anything and everything that the narrative can incorporate within two hours — from pesky telemarketers to erectile dysfunction. It’s all in the spirit of good clean fun, and served up in a slice of Bangalore that is far removed from the familiar picture of the buzzing metropolitan’s swanky club scene and bustling IT hub.

We often hear filmmakers talk of ‘out-and-out entertainers’ that can be enjoyed only if you keep your brains back at home. More often than not such filmmakers end up serving damp squib, without realising even brainless comedy needs lots of brains to create. Watch “French Biriyani”, and you’ll know.