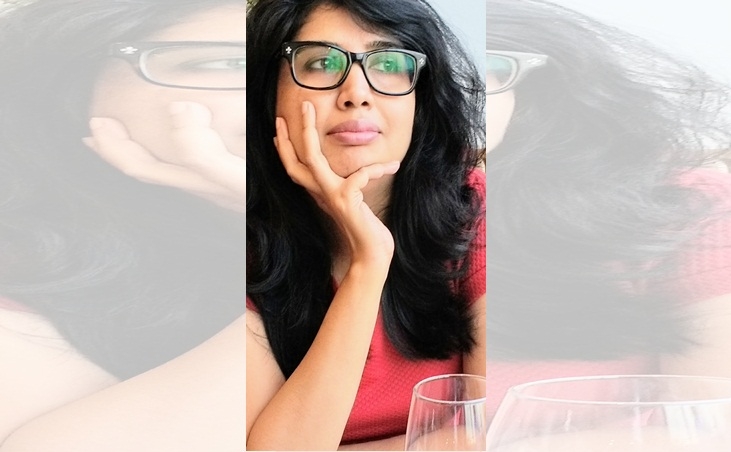 Genre bending, pressure cooker cooking and not moving on with Sumana Roy

New Delhi, Aug 30 She is both poetry and prose, for she refuses to make a distinction. “My interest is in the poetic, a sensibility and an aesthetic, a life,” smiles writer Sumana Roy while making it clear that we can’t talk about what she is working on right now. “The truth is that I am trying to see whether it’s possible to cook everything in a pressure cooker!”

With works like ‘How I became a Tree’, a vision of what it means to be human in the natural world and ‘Missing: A novel’, set in Siliguri where a blind poet’s activist wife goes missing for seven days, in which she also looks at the absurd pace of ‘news’, the author says that the question of what happens to past love continues to elude her, something she raises in ‘Missing: A novel’.

Does it continue to float in the stratosphere even if we have moved on? “I wish I knew. We know so little about ourselves. We don’t even know where love lives — we think it’s the heart, but that might only be because that part of the body hurts the most when relationships do not meet the expectations of the heart. There’s also the eyes, and the throat, and the fingers … I have never been able to ‘move on’. The metaphor demands a kind of movement, perhaps a forward-moving one. I am like the earth kept moving on its axis by the force of gravity, by the force of an unchanging emotion.”

Not believing in the “artificial distinctions created between genres”, she says it is just like she does not come to like a person because she has been told that they belong to a certain region or community or gender. “The affection happens as a natural response to the person. Similarly with genres, I do not need to be told that I am reading a poem or a story. What it evokes in me should be in the blood of the writing itself.”

Adding that she is not really sure if she has ever felt catharsis after writing, Roy says, “Catharsis is an effect of the text on the audience or the reader, I think? I have certainly felt lighter after writing something, like one does after a haircut, even as one is aware that the hair will grow back again, like another poem does or hopefully will. I have no memory of writing most of the things I have. And, because I can never read anything I have written without cringing, I become even more forgetful.

To paraphrase a favourite thinker, Michel Serres — at any given point of time, all our five senses work simultaneously, without one privileging the other. The idea of the genre is founded on the principle of the heightening of one sense over the other, and it is not something I feel naturally inclined to.”

The lockdown in face of the pandemic has shown Roy the difference in gender, where she points that one sees more men being part of webinars and digital conferences than women. “Part of it owed to the housekeeping and care-giving responsibilities that could no longer be shared with professional help. Personally, I am permanently exhausted — there is always work, and the guilt of not having been able to finish as much as I should have.”

Roy, who also teaches Creative Writing at Ashoka University in Sonipat does not really agree that teaching writing is a new concept in India. “I think there has always been a tradition of teaching and learning in all cultures, including India. One learnt from listening to writers speak to each other, to readers, at street corners, in tea shops, in their houses, and often, in their classrooms, if they were school or college teachers. They did not teach ‘Creative Writing’, but they shared their insights about language and literature through their own writing and reading. I do not have an MFA, and I try to share with my students what I have discovered as a practitioner.”

Stressing that she does not have a ‘process’, except perhaps a retrospective awareness of what has happened, often without her active participation, she adds, “My memory of writing is that it isn’t completely voluntary — I might be writing about the same place at different times of the day, and the results will be different. It is because we are different selves at different points of time. I write everywhere — I do not have a writing desk or room. I do that mostly on my bed, but also in cars and airports, the toilet at night (to not disturb the sleep of the other person in the room) and sometimes on my phone, while walking.”

Talk to her about how these politically and socially volatile times are effecting her as a writer, and she asserts, “When is it not a ‘politically and socially charged time’, tell me? Such is the nature of social institutions — our history is a history of struggle because every moment has been a fight for our dignity and survival. Sometimes the political fight is not only against a social system but against oneself — how can I fight my habit and conditioning to give up my privilege, not just as a social being, favoured by the networks of class and caste and gender, but as a human who feels entitled to the privileges of the natural world?”