The Boston Host Committee for Girl Rising India is pleased to announce the Premiere
Screening of Girl Rising India on behalf of the Global India Fund at District Hall on Saturday
evening, June 4th, 2016. As a celebration of the launch of Girl Rising India; the event will
screen film clips from the original film, have a panel of distinguished speakers, and end with a
cocktail reception.
In 2007, the Global India Fund (GIF) was founded to give people around the world an
opportunity to make a difference in India. The mission of GIF is to inspire global philanthropy
and service by supporting innovative gamechanging nonprofit organizations and programs. To
date, GIF has raised over $2 million and supported numerous programs across India. In
October 2015, $500,000 was raised for the Girl Rising India schools campaign. GIF is now
incredibly excited to host the Boston screening to benefit Girl Rising India .
Girl Rising is a film that uses the power of storytelling to inspire people, shift attitudes and
change behavior. Girl Rising was produced by a team of ABC producers who noted the growing
data that educating girls has a positive impact on almost every indicator for poverty – from
health, to food production, governance, and social stability, and most importantly, GDP growth.
Girl Rising has changed the way parents and presidents around the world see their girls. Since
its release in 2013, the ‘Girl Rising’ film has grown into a thriving global movement , with
17,000 screenings and thousands of grassroots supporters in over 158 countries, leading to
on the ground measurable change for girls.
Now, a new production of the film ‘Girl Rising India’ harnessed the talents of India’s biggest
Bollywood stars including Freida Pinto, Priyanka Chopra, and Amitabh Bachchan in a Hindi
version of the original film. The film has launched a national campaign and movement to
educate and empower girls in India, which translates into potential economic growth of about
$33 billion dollars per year. Purchase tickets at EventBrite.

JOIN US ON JUNE 4, 2016, AS A SPONSOR AND MAKE A DIFFERENCE!
Warmly,
The Global India Fund Team and 2016 Boston Event Co-Chairs:
Sheetal and Nish Acharya
Nirva and Paresh Patel
Aparna Rao and Parag Shah 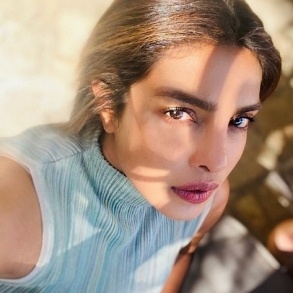