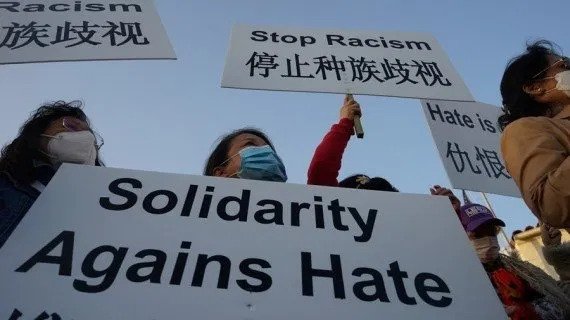 Washington, April 15 The US Senate has voted with sweeping bipartisan support to open a debate on an anti-Asian American hate crimes bill, clearing a key hurdle to its final passage vote in the chamber.

The evenly-split Senate late Wednesday voted 92-6 to move forward debating on the Covid-19 Hate Crimes Act, a bill drafted by Democrats that intended to speed up administrative processing of hate crimes, which the Asian American community has seen a skyrocketing surge during the pandemic, reports Xinhua news agency.

“I’m so glad that our Republican colleagues have voted with us to proceed with this legislation. This was never intended as gotcha legislation. It was always intended as bipartisan legislation,” Senate Majority Leader Charles Schumer said after the vote.

Under the bill, the Justice Department would be required to designate an official to review pandemic-related hate crimes, as well as to coordinate with local law enforcement and community-based groups to facilitate and raise awareness about hate crimes reporting.

The bill would also call on the federal administration to offer guidance on “best practices to mitigate racially discriminatory language” describing the coronavirus pandemic.

Schumer and Senate Minority Leader Mitch McConnell have started negotiating a deal on amendments to the bill, local media reported, noting the first amendment vote is expected to be on a bipartisan bill called No Hate Act, which aimed to improve the reporting of hate crimes, beef up hate crimes training for law enforcement and set up a hate crimes hotline.

Schumer said on Wednesday that there was bipartisan interest in moving forward with such an amendment, adding he and McConnell are making “good progress” on reaching a deal on “sensible, germane and constructive amendments”.

Without a deal, the Senate debate over the bill could easily stretch into next week.

Democratic Senator Mazie Hirono, who introduced the legislation, said on Wednesday that in total about 20 amendments have been filed so far, though some of them “have absolutely nothing to do with the bill”.

“We’re working with the Republican leader to determine if and how many other amendments to the bill there will be, so that we can consider them and vote on final passage without any gotcha or not-germane amendments,” said Hirono.

Some Republican senators criticised that Democrats had advanced the bill directly to the Senate floor without going through committee first.

They also expressed concerns that the bill’s focus on Covid-related hate crimes might be too narrow.

According to Stop AAPI Hate, a California-based non-profit social organization tracking incidents of violence against Asian Americans and Pacific Islanders during the pandemic, it received nearly 3,800 reports of attack or abuse between March 2020 and February 2021.

Protesters took to the streets in more than 60 cities across the US after the shootings killing six Asian American women and two others in Atlanta in March.