New Delhi, May 25 He has a staggering 450-plus projects to his name over a career spanning 55 years — ranging from the IIT-Kanpur campus to New Delhi’s ISKCON Temple. He believed that the core of an architect’s work should be sensitivity to human nature and respect for human values. Though a pioneer in the history of modern Indian architecture, very little has been documented of Achyut Kanvinde and his work.
Thus, it is only appropriate that “Akar” (Niyogi Books/pp 464/Rs 7,000-$140), conceived and edited by daughter-in-law and son Tanuja and Sanjay Kanvinde, fills this vital gap for posterity even though Kanvinde (1916-2002) himself believed that “my buildings are my best memory. No other memory is required”.
“Ideally, if these structures are maintained well, they will become important milestones in the development of the post-independence architectural heritage of India,” Sanjay Kanvinde told IANS in an e-mail interview.


“Having decided to document the projects chronologically, we decided to showcase at least 10 percent of the 450-plus projects. A large number of the projects automatically made the cut by being seminal and representative of the work of Kanvinde Rai & Chowdhury. The others were decided based on the documentation/material available,” he said of the research that went into the making of the book.
What “Akar” (“Shape” in Hindi) also does is to beautifully etch out the human being Kanvinde was.
Read Also: Jumped at chance to work with Hirani: Sonam Kapoor
As architect, educator and academician Balkrishna V. Doshi writes in the foreword: “In (our) discussions, one constant theme he stressed was human values and the architect’s concern for activities and their human relationship. The undercurrent of this perhaps was the commonality of our upbringing and the grooming we both received — traditional families in a small city, rituals, belief systems and a lifestyle based on frugal but ethical behaviour.”
Or, as Kanvinde himself said way back in 1959: “Visual grammar is a very important root of architecture and it cannot have its existence without it. It is this consideration which makes modern art universal in character as it is based on human values. This grammar of art is accepted and understood by all countries of the world and has found a basis on which the expression of architecture of the countries are shaping through a common language of vision.”
The book is laid out in a very reader-friendly six sections, the first four covering a decade each from 1950-1990, the fifth the period from 1990-2002 and the sixth a compilation of competitions and unrealised projects, drawings and details, a chronology and a biography.
And, in an absolute stroke of genius, each of the first five sections opens with a two-two page foldout in tracing paper of a sketch in Kanvinde’s own hand of the highlight of that decade.
Thus section one opens with the Ahmedabad Textile Industry’s Research Association, section two with IIT-Kanpur (Phase I), section three with Mehsana’s Dudhsagar Dairy, section four with Pune’s National Institute of Bank Management and the fifth with the Sindhudurg District Headquarters at Oras in Maharashtra.
How did this come about?
“The monograph was conceived with the intention of portraying the person through his works, writings, sketches and others perception of him. Kanvinde had a good hand and invariably presented the concept to his client using sketches and models. In many cases he would make the sketches himself,” Sanjay Kanvinde explained.
“Sunita Kanvinde, (the architect’s daughter) came up with the brilliant idea of interspersing the sketches on tracing paper,” he added.
What also comes out is that Kanvinde seemed to be happier designing homes or being associated with the private sector — as this is where his creative juices best flowed — rather than the government.
“Kanvinde very strongly felt that due respect was not given to artistic sensibilities in the built environment and attributed this observation largely to the supremacy of the heads of organisation who were predominantly engineers. He felt the need for architects to be unified in order to be heard. Having said that however, most of his projects were for government clients,” Sanjay Kanvinde said.
In all this, it’s rather ironic that while lesser mortals have received India’s second-, third- and fourth-highest civilian awards, Kanvinde received only the Padma Shri when the least he deserved was a Padma Bhushan, if not the Padma Vibhushan.
But then, how many people get a tome like “Akar” written on them?
(Vishnu Makhijani can be contacted at vishnu.makhijani@ians.in)
–IANS 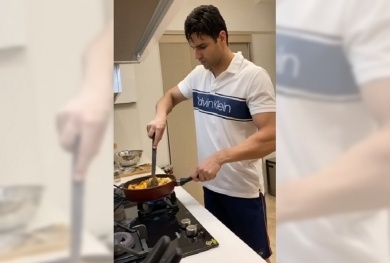