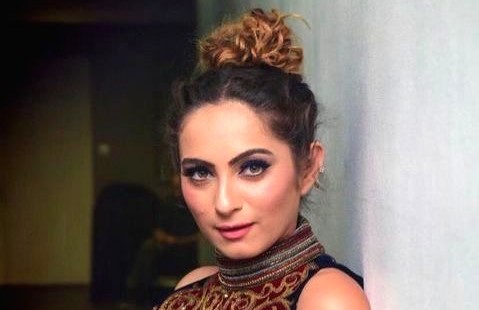 I have been living as Mirabai, not as Lavina, says actress

Mumbai, Sep 14  The ongoing track of ‘Vighnaharta Ganesh’ highlights the past and present life of ‘Mirabai’ where in both her lives, she is a dedicated devotee of Lord Krishna and worships him religiously. Essaying the pivotal role of ‘Mirabai’ is actress Lavina Tandon. She talks about depicting this character on-screen and how she prepared herself for this role.

On how the actress brings emotions to her character, she replies: “I do believe in the ultimate supremacy of God, and I am a person full of faith. So, it gets easier for me to get into the emotion of the character because to play the role of Mirabai who is a devotee of Lord Krishna is a blessing. To bring out the character, I am seen in a yellow-colored saree donned with intricate flower jewellery.”

“Further adding to the essence of the look, I also carry an instrument called ‘Ektara’ that Mirabai used to play. I believe along with delivering dialogues, looks also play an instrumental role as they help bring out the best depiction of a character. The feel of the set and the character of Param Krishna looks so real to me that when I am sitting on the set and rehearsing, I automatically get into the zone of ‘Mirabai,” she adds.

Lavina further shares about her shooting experience and says that everybody on the show is working as a team, from the makeup to the hair department, the creative to the costume to assistant directors.

She says: “They helped me prepare the ‘Dohas’ and get into the skin of my role. They made me understand a few dialogues which are in pure Hindi and Sanskrit. The captain of our ship, our director, JP sir, has been a very big help.”

While talking about the preparation work she has done for the role, she reveals: “When I got to know that I am playing the character of ‘Mirabai’, I started researching on Mirabai and read stories about Lord Krishna and Radha. My creatives have been very helpful and provided me with the Dohas and Bhajans beforehand so that I can get enough time to practice them.”

“The icing on the cake is that when sitting in front of Lord Krishna idol I feel there is some connection. When I have to look into his eyes and say a particular dialogue it comes so naturally. I ask my production team to hand over that murti of Lord Krishna. Since the time I have been shooting I don’t think I have been living as Lavina, but as ‘Mirabai’,” she concludes.