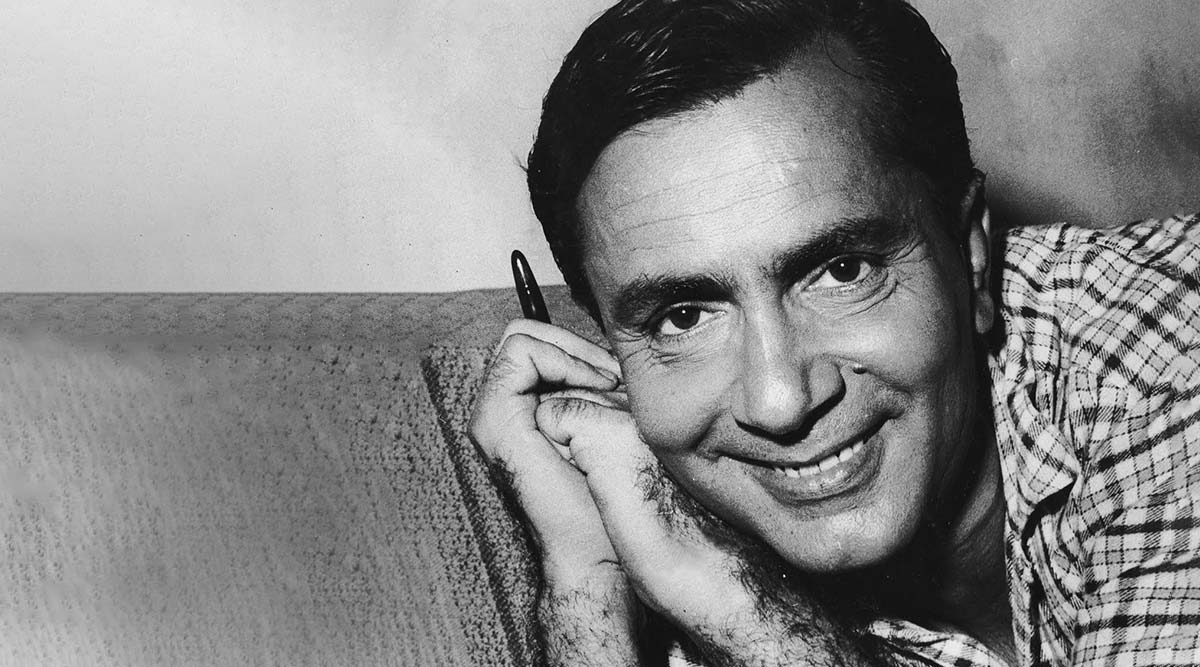 I WAS FORTUNATE TO INSPIRE PARIKSHAT SAHNI TO WRITE A BOOK ABOUT HIS FATHER, BALRAJ SAHNI

ABOUT HIS FATHER, BALRAJ SAHNI

I owe all my early interest in Hindi films because of my mother who though she was illiterate loved watching a new film every week and I had the good fortune to accompany her all the time. She had her own favorites among stars, Dilip Kumar being her best and Balraj Sahni being talked about with the same admiration and awe. It meant that by the time I was ten I had seen most of the films of the two actors and was very familiar with their names. For some reason , the school boy in me found Balraj Sahni to be more handsome, all the complications began only when I grew up , but by the time I was fifteen I was in a fix and didn’t know who was better and my own adolescent mind decided that Balraj Sahni was better and by the time I had made my decision , my source of inspiration to watch Hindi films came to a sudden halt when my mother suddenly died when I was fifteen…
I was very interested in the politics and the politicians of the time and Mr. V.K Krishna Menon who was the first Defense Minister of India and had reigned after a major controversy and was yet chosen to contest the elections on a Congress ticket from the North East Bombay constituency. There were stars like Dilip Kumar and Dev Anand who openly came out in support of him, but if there was one man who worked day and night for him , it was Balraj Sahni who was a “conmie”(Communist) but supported Menon on personal grounds. I remember attending a meeting near the R.K studios where Menon and Balraj Sahni were to address a massive rally of the most common people. Menon arrived first and spoke for more than an hour in English(Menon held the record of addressing the United Nations for a record nine hours without a break), but his speech in English went over the heads of the audience and they kept sitting in their places without one of them movie because an announcement was made again and again that Balraj Sahni was on his way. The actor arrived at 2 a:m and the crowds were still waiting and I was one of them. Balraj Sahni made such a stirring speech in Hindi which could be understood by the aam aadmi and they wanted him to go on and on with his speech , but he said , “Maaf karna doston kal subah 9 baje mujhe shooting mein jaana hai , lekin main vaada karta hoon ki main aapke beech bahut jald wapas aaunga. Sirf ek cheez maang raha hoon aapse , mere dost Krishna Menon ko jeeta dijiye”. The crowd shouted out , “Zaroor denge Zaroor denge, aapne kaha hai to hum kaise nahi maan sakte”. Krishna Menon won the election with an absolute majority. But Balraj Sahni never campaigned for anyone else after Menon. That night i walked from Chembur to my house in Andheri East. Balraj Sahni had cast a spell on me life he must have on all the thousands of people who were there at the meeting.
I kept seeing all his new films and traveled all the way to places like Grant Road, Charni Road and Marine Lines to watch all his old films like “Do Bigha Zameen”, “Kabuliwala” and “Seema” among others in what were called matinee shows which started at 9 in the morning and the tickets were sold for less than half the prices of tickets for normal films. I am still thankful to those shows which were like my basic education in Hindi films. 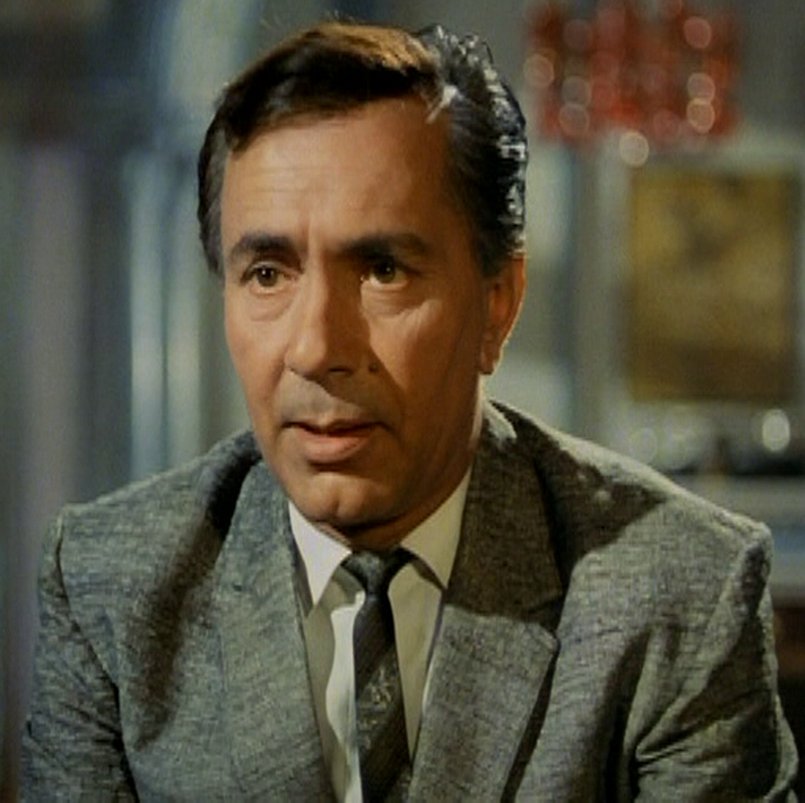 However, even after I completed my studies , I could never Imagine that i would meet Balraj Sahni face to face. But all kinds of miracles happened in my life, the greatest being my joining Mr. K. A. Abbas as his assistant on a salary of rupees hundred a month. Little did I know then that working with Abbas Sahab would be a gateway for me to meet some of the greatest writers and poets of the time like Sahir Ludhianvi, Kaifi Azmi , Rajindar Singh Bedi, Majrooh Sultanpuri, Ali Sardar Jafri and Balraj Sahni with his friend the filmmaker Chetan Anand most of the time. The one thing great about Abbas Sahab was that he introduced me to every celebrity who came to his house or his office, including the Showman Raj Kapoor. This was another chapter of my learning more about Hindi film.
Balraj Sahni was a star who had no airs about him and could mix around with all classes of people, from the highest classes to the workers who were building a new Bombay. He also made friends with the aam aadmi and knew all about their struggles to make a living. The unit of one of his films which was shooting in the Interiors of Maharashtra when there was a show down between the locals and the members of the unit. Balraj Sahni took charge of the dicey situation and spoke to the locals in simple Hindi and made them understand and within no time there was peace and the same locals who were waiting to beat up some members of the unit were willing to offer the unit any kind of help. This kind of a situation was faced by Balraj Sahni several times during his career.
I had heard about how he was arrested for taking part in the freedom struggle. But it was great to listen to the story from the man himself. He was put behind bars at the Arthur Road jail. The shooting of K. Asif’s “Halchul” was on and Asif made an appeal to the government to allow Balraj Sahni to come for the shooting all day and go back to prison in the evening. He was brought to the location in a police van with his hands handcuffed and after the shooting he was handcuffed again and taken back to the Arthur Road jail. But the situation in which he was did not affect his performance in anyway.
Balraj Sahni was an ardent believer in the natural school of acting . It was this method that made him take to losing more than half his weight and made him live in Calcutta where he learnt how to ply hand driven rickshaws and walked bare feet in the sun, all this to prepare for the role he played in one of the most memorable films of Indian film history in “Do Bigha Zameen” . He lived with real life Pathans to see how they lived to prepare himself for his role in “Kabuliwala”. This was the way he prepared for all his roles
The bad times started for him when he took the most ambitious decision of his life , to build his own bungalow in Juhu. He had made enough money to fulfil his ambition. The bungalow he named “Ikram” opposite the Sun-N- Sand hotel. Trouble started for the family as soon as it entered “Ikram”. His first wife who was an actress died suddenly. A young servant girl also died suddenly. And then came the biggest shock when his young daughter Shabnam committed suicide and Balraj Sahni was a broken man.

It was in this kind of a turmoil – full life that Balraj Sahni started shooting for what was going to be his last films a “Garm Hawa” the story of an old Muslim who is caught between his love for India and the circumstances that temp him to follow his family’s advice and go to Pakistan. The emotions in the film took a heavy toll on Balraj Sahni’s life. And to add to his misery, he had to shoot for a scene in which his daughter in the film commits suicide. The director, M.S Sathyu wanted to omit the scene knowing how sensitive Balraj Sahni, but the veteran actor was determined to shoot and he completed the scene and he looked a completely shattered man when shooting was over. The next morning , telephones in every place he was known rang as if they were crying. Balraj Sahni was dead, he had died of a massive heart attack in his sleep. He was only 59. 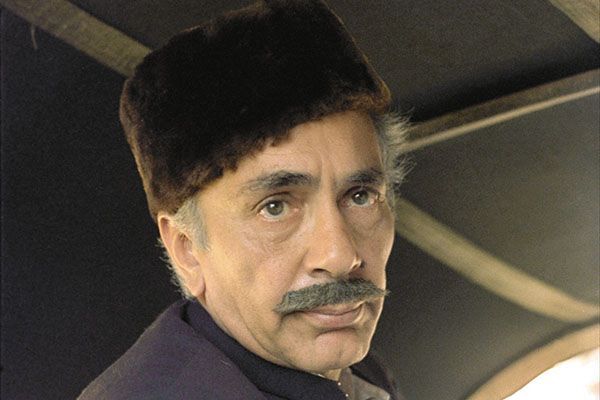 He was a comrade and was cremated without any religious rites before a massive crowd of people from all walks of rite and under a tree stood a struggling actor called Amitabh Bachchan who had 11 flops in a row and people called him nasty names instead of concentrating on the passing away of a jewef of India. Balraj Sahni was the first to tell K.A Abbas that he had made the right choice when he selected Amitabh Bachchan at the last minute for “Saat Hindustani”. He had told Abbas that the young man had a great future and Amitabh was and still is the greatest fan of Balraj Sahni.
His house , “Ikram” has collapsed and only his daughter , Sanober lives in the midst of ruins and there is a litigation going on and her brother , Parikshat Sahni, his only son has no right to enter the ruins. Parikshat , Incidentally has completed writing the biography of his father which is to be released in the first week of September. The highlight of the book has been written by Amitabh Bachchan who has always been his greatest fan and wrote the foreword in just two days at a time when he is undoubtedly one of the busiest men in the industry and his commitments to different causes. 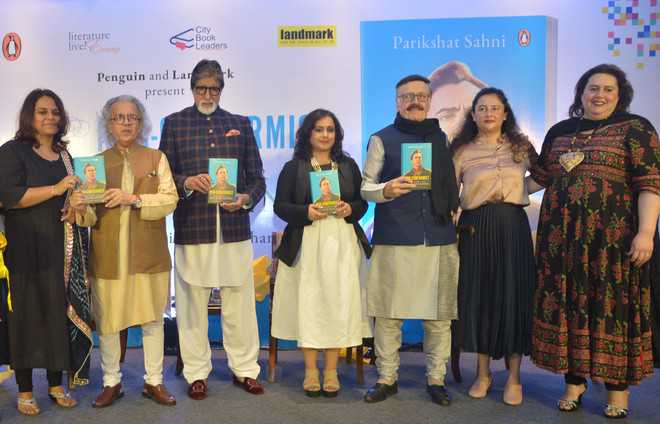 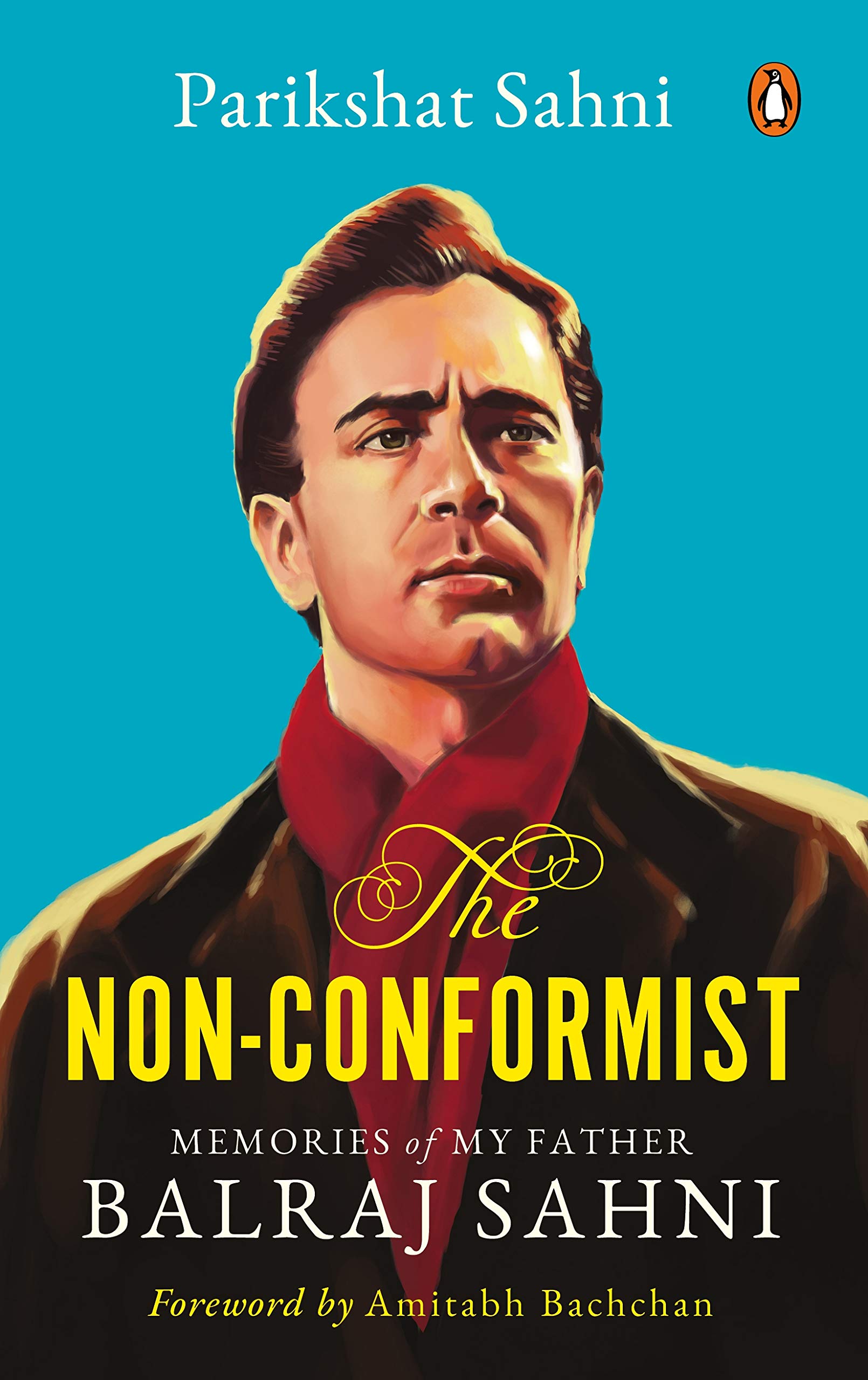