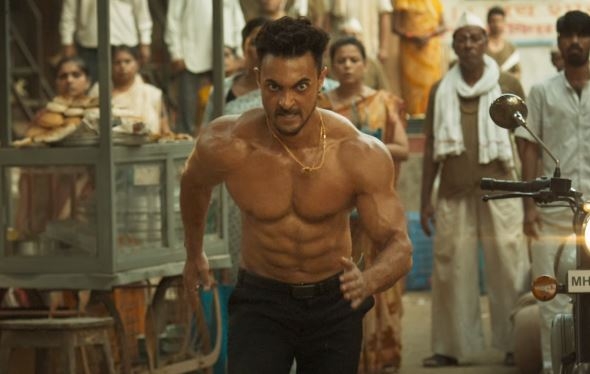 Director Mahesh Manjrekar’s ‘Antim: The Final Truth’ is a crime drama centred around the circle of fate. Based on the Marathi film ‘Mulshi Pattern’, the film is about the journey of Rahul Patil aka Rahulya, a farmer’s son who joins forces with the ruthless underworld to survive.

After seeing his father Datta Patil (Sachin Khedekar), a farmer and one-time renowned wrestler, reduced to penury, Rahul becomes a rebel of sorts when he by happenstance comes in direct conflict with the local corporator Salvi’s goons. His daredevil attitude impresses a small-time gangster Nanya (Upendra Limaye), who then takes Rahul under his fold.

Rahul’s rise as the don in Pune’s underbelly attracts the attention of police officer Rajveer Singh (Salman Khan), who, realising that the cops just could not control the gangsters, decides on, “Hum kuchh nahin karenge, karenge dimag se (I just won’t do anything, but if I do something, I’ll act using my head).”

He then goes on to quote the Mahabharata to take down the “do take ke gunday (those small-time goons).” Rajveer Singh plots a gang war, a convenient excuse for not dirtying his hand.

The film is an outright Aayush Sharma canvas. With brilliant screen presence, he delivers his part with panache. Despite being a noir character, he draws you emotionally to invest in him. He is aptly supported by Rohit Haldikar, who plays his childhood friend Ganya.

Salman Khan is introduced with flamboyance as the helpful Sardarji, who also happens to be a police officer. Unfortunately, this fanfare introductory scene lacks lustre and sheen. He does look like a spent force who seems to fit his role perfectly.

Mahima Makwana playing Manda, the attractive tea vendor, and Rahul’s love interest, is earnest and promising, but has limited screen time to display her histrionics.

Sachin Khedekar, Upendra Limaye, Sayaji Shinde, who essays the role of Inspector Uday, Nitin Dheer and Jisshu Sengupta, who play the goons Daya and Pitya, respectively, are all in top form, and they deliver pitch-perfect performances making their characters believable.

Walushcha De Souza, dancing in traditional Maharashtrian attire to the item number ‘Chingari’, is far from traditional but refreshing.

Varun Dhawan makes his presence felt in the song ‘Vighnaharta’. Instead of being an asset to the film, he is an eyesore simply because he sports his footwear while dancing to an auspicious number in a Ganpati Mandap. His shoe is a distraction.

The plot has ample face-offs and action sequences that are astutely choreographed. The fights that feature Salman Khan are mostly captured in slow motion, probably to camouflage the hero’s waning spirit.

For Salman’s fans there is a bare-chested, muscle-flexing scene, and a fight with the equally attractive Aayush. This policeman-gangster face-off fleetingly reminds you of Amitabh Bachchan’s fight with Vinod Khanna in ‘Amar Akbar Anthony’.

Mounted with ace production values the film ticks most of the boxes of a mass, over-the-top entertainer that touches your heart.