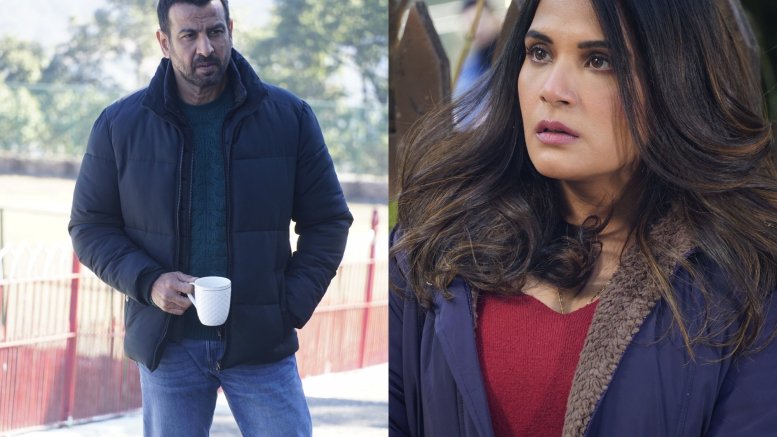 Duration: 35 minutes per episode (8 episodes in all)

Set in the hilly terrain of Rudrakund, ‘Candy’ is a layered and moderately paced whodunnit streaming on Voot.

The series starts with the murder of Mehul Awasthi (Mihir Ahuja), a student of an elite boarding school, whose body was found hoisted on a tree in a forest after his attempt at amateur sleuthing to find the source of drugs a.k.a. ‘Candy’ supplied to his classmates.

Mehul’s death, along with the disappearance of his classmate Kalki Rawat (Riddhi Kumar), opens a Pandora’s box in the otherwise laidback town. Jayant Parekh (Ronit Bose Roy), their teacher and mentor, who had incidentally lost his daughter studying at the same school a few years ago, stirs up the proverbial hornet’s nest to unravel the mystery.

The eight-episode series keeps you hooked with a killer on the prowl, drug traffickers, corrupt policemen, suspects driven by guilt and some by over-confidence and ambition, a child with Down’s Syndrome, animal sacrifice to appease the gods, mob justice – baying for the blood of the suspect – and most of all, a “Massaand – Who the hell is a Massaand? A man, animal, or a demon”.

Simple though it may seem, the moderately paced narrative has complex layers of characters, setting, plot and clues with organic complications and potential explanations.

On the action front, the ‘murders’ are quite gruesome but not off-putting. The drama is captivating throughout, except in the seventh episode, where the narrative drags a bit.

The ace cast delivers what is expected of them, no one moving away from his or her comfort zone. It is only Nakul Roshan Sahdev, despite being stereotypical with his braided hair and care-a-damn attitude, in a well-etched character as Vayu Ranaut, the brattish son of politician-businessman Mani Ranaut (Manu Rishi Chadha), who stands out among them.

Ronit Bose Roy, with his brooding disposition, plays the mourning father and protective teacher to perfection. He is ably supported by Anju Alva Naik as his wife Sonalika.

Richa Chadha as Ratna Sankhwar, the corrupt Deputy Superintendent of Police, who has her moment of redemption, is staid and perfunctory. Mikhael Kantroo, as the silent spectator and Nakul’s close friend Luka, till a point is subtle but confidence personified.

Among the students, Aditya Nanda as Sanjay, Bodhitsattva Sharma as Imran, Abbas Ali Ghaznavi as John, Prasanna Bisht as Ritika Sahay, Ayesha Kadusar as Saiba and Shivangi Singh as Lina, are all spontaneous and endearing.

Overall, the series is plausible, well-staged and engaging.

(Troy Ribeiro can contacted at troy.r@ians.in)