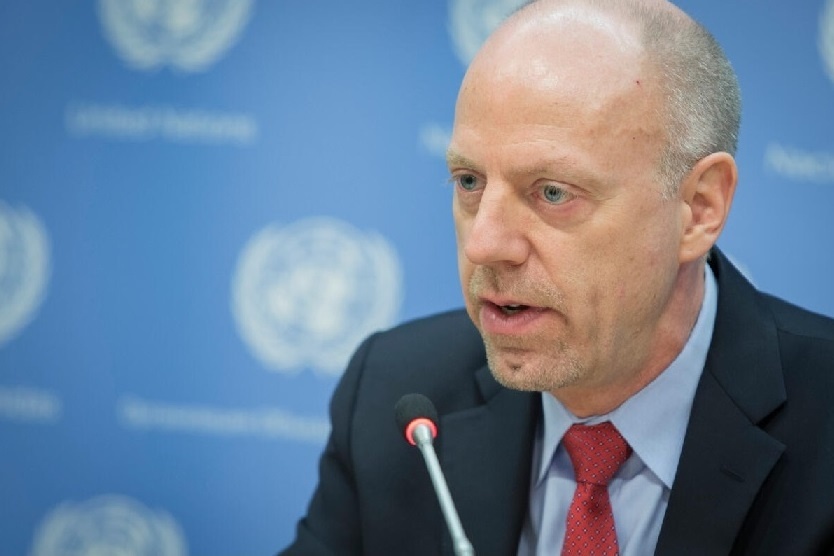 John Wilmoth, the director of UN's Population Division at the Department of Economic and Social Affairs (Photo: UN/IANS)
Diaspora
·January 16, 2021

United Nations, Jan 16  India has the world’s largest diaspora with about 18 million people born there now living abroad, according to John Wilmoth, the director of UN’s Population Division at the Department of Economic and Social Affairs.

Presenting the International Migration Report 2020 on Friday, he said that the US was the top host country for migrants with 51 million of them or 18 per cent of the world’s total living there.

The report said that between 2000 and 2020, the size of the migrant population abroad grew for nearly all countries and areas of the world with India experiencing the largest gain of nearly 10 million during that period, going from the third place in 2000 for the number of migrants to the first spot in 2020.

The report takes a broad view of migrants, including also students and those going abroad for family reunions in the definition.

Explaining the phenomenon of the migration from India, UN’s Population Affairs Officer Clare Menozzi said: “The Indian diaspora is one of the most vibrant dynamic world… It’s present in all continents, in all regions.”

The Indian diaspora is diverse, “comprised predominantly of persons who are workers but also students, and people who have moved for family reasons”, she said.

The contingent of India-born migrants born in the Gulf countries are playing a central role in the economic prosperity of those countries, Menozzi said.

“They’re also widely present in Northern America and Canada, the US and UK and Australia,” she said.

“And if you look for example at the US, I know from the education statistics of some of the persons who are born in India, they have often a very high educational attainment some tertiary or even post-doc(toral), and so forth.”

She said that there is “a common misperception that migration is a reaction to lack of opportunity”.

While that may be true in some contexts, “it’s also the sign of dynamism, the fact of a person, an individual makes a choice to pursue opportunities”, according to Menozzi.

There is also a change in how people go abroad.

“The notion that a person would migrate and then forever leave their countries is no longer the case. Most migrants actually now have an experience of moving abroad but then they return, they would go abroad to study, and then bring back some of the knowledge that they find abroad,” Menozzi added.