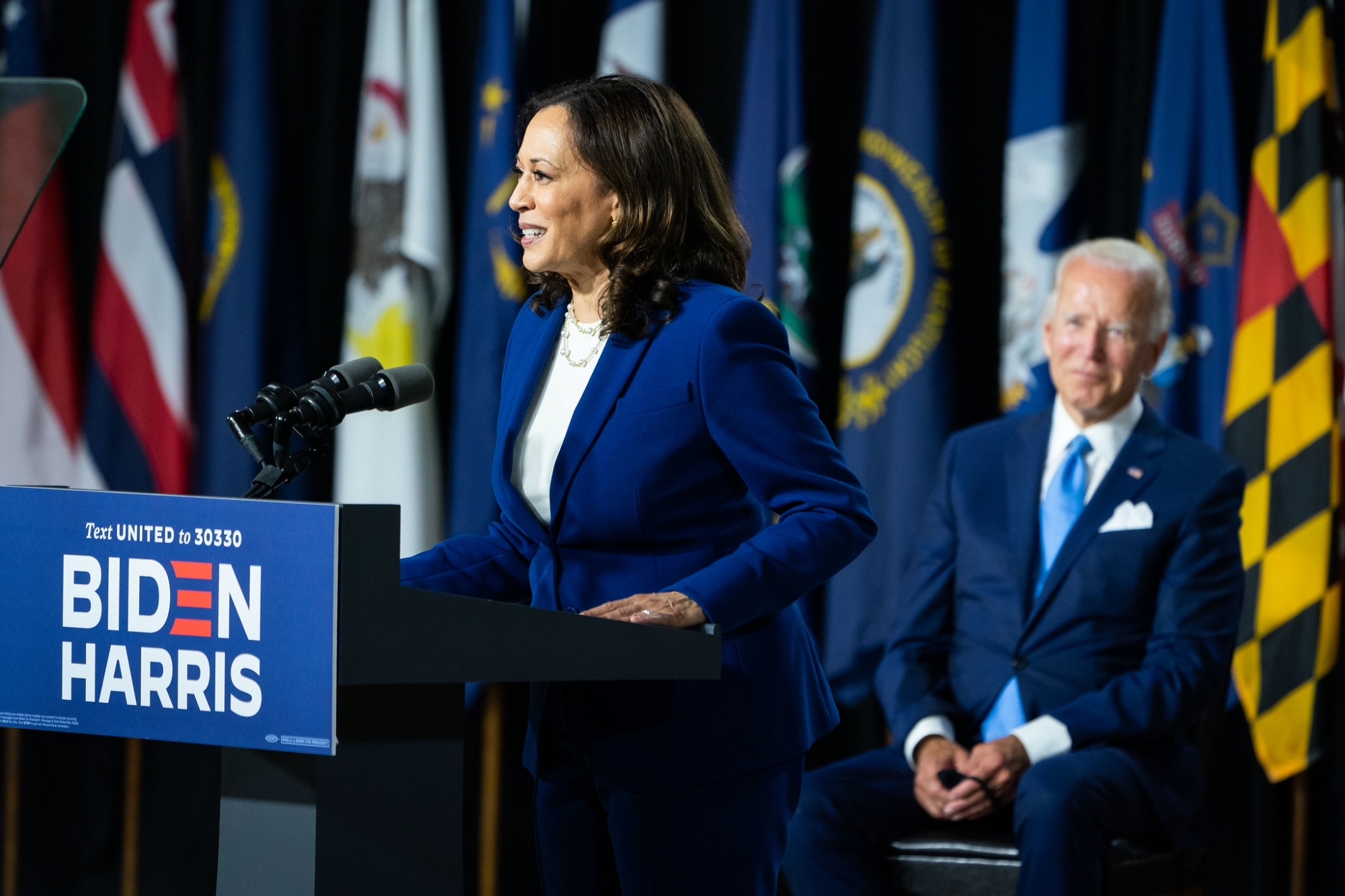 Senator Kamala Harris and former Vice President Joe Biden, who will be the Democratic Party candidate for president at the announcement on August 12, 2020, that she will be the vice presidential candidate. (Photo: Biden Campaign/IANS)
Diaspora
·October 15, 2020

‘Indian-Americans unlikely to be swayed by Biden-Harris, Trump-Modi ties’

Washington, Oct 15  A new poll has revealed that Indian-American voters were unlikely to be swayed by either Democrat presidential nominee Joe Biden’s selection of Indian-origin Kamala Harris as his running mate or the relationship between US President Donald Trump and Prime Minister Narendra Modi.

The 2020 Indian American Attitudes Survey (IAAS) has also revealed that significant attention is also being paid to the community because of an emerging narrative that Trump-Modi friendship, “compounded by concerns over how a Biden administration might manage US-India ties, will push Indian-Americans to abandon the Democratic Party in droves”, the American Bazaar reported on Wednesday.

Presently, the Indian-American community makes up for less than 1 per cent of all registered voters in the US.

The data further showed that Indian-Americans continue to be strongly attached to the Democratic Party, with little indication of a shift towards the Republican Party.

In addition, Indian-Americans view US-India relations as a low priority issue in this electoral cycle, and focusing more on national issues such as healthcare and economy.

According to the poll, 72 per cent of registered Indian-American voters plan to vote for Biden and 22 per cent for Trump in the November 3 election.

The survey has also found that 64 per cent of respondents who identify as Independents (about one-eighth of all Indian-American voters) will back Biden, while 22 per cent intend to vote for Trump.

Meanwhile, a smaller percentage of Indian-Americans who voted for Trump in 2016 (68 per cent) plan to support him again in 2020, the American Bazaar reported.

According to the poll, four demographics stand out in the Indian-Americans’ presidential vote choice — first, there was no linear relationship between age and vote choice.

Seventy-five per cent of voters between the ages of 18 and 29 intend to vote for Biden.

Second, Indians of all religious faiths prefer Biden to Trump.

Third, support for Biden is greater among US-born citizens (71 per cent) than naturalized citizens (66 per cent), and fourth, the community’s attitude does not exhibit a strong gender gap, in contrast to the US population as a whole.