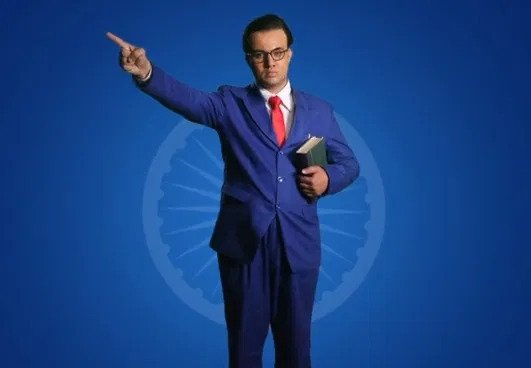 Mumbai, April 11  The decision of British Columbia province of western Canada to celebrate the upcoming 130th birth anniversary of Architect of Indian Constitution Dr. B.R. Ambedkar on April 14 as ‘Equality Day’ has been hailed by his kin in Mumbai and other prominent Indians, who term it as “yet another acknowledgement of his growing global acclaim”.

The grandsons of Ambedkar – Vanchit Bahujan Aghadi President Dr. Prakash Ambedkar and Republican Sena President Anandraj Ambedkar – say that their grandfather is already an icon for the depressed classes of society and now the world is also recognizing this in a big way.

“The decision of the British Columbia government is indeed a great honour India and even his family — The principles of Equality, enshrined in the Indian Constitution due to Dr. B. R. Ambedkar, have inspired many other countries which secured independence after the 1950s to include similar fundamentals in their own Constitutions,” Dr. Prakash Ambedkar told IANS.

“The Republican Party of India (RPI-A) and myself are moved by this honour to Dr. B. R. Ambedkar in the British Columbia province — I shall write a letter of thanks to the government there,” an elated Union Minister of State for Social Justice Ramdas Athawale told IANS.

He recalled how Dr. B.R. Ambedkar worked hard all his life, often surviving on a small loaf of bread, studying 18 hours daily at the Lehman Social Sciences Library during his days at the Columbia University in New York (USA), and later became its most famous alumnus to be honoured with a statue (bust) there in 1995.

“The British Columbia gesture has made us all extremely proud, it shows that the world understands and appreciates Dr. B.R. Ambedkar’s philosophy of Equality, the first person to propound it after Lord Gautam Buddha, for the upliftment of the oppressed sections,” Anandraj Ambedkar told IANS.

The Proclamation was made on April 1 by the Lieutenant Governor of the Province of British Columbia, Janet Austin, declaring that “April 14, 2021, shall be known as ‘Dr. B.R. Ambedkar Equality Day’ in the Province.

Decreed in the name of Queen Elizabeth II, the Proclamation noted that British Columbia is ‘a culturally diverse province comprising many peoples and communities’.

It added that the “Indigenous people, Black people and people of colour in British Columbia continue to experience systemic racism, injustices, discrimination and hate” and the province’s government was committed to address all forms of racism.

Dr. Prakash Ambedkar pointed out that this was in tune with Dr. B.R. Ambedkar’s doctrine of “positive revolution in all oppressed human societies”, while Anandraj Ambedkar said “it respects (Dr. B. R. Ambedkar’s) his humanitarian role as emancipator of the persecuted people world over’.

Athawale feels the latest recognition proves that “Dr. B.R. Ambedkar belongs not just to India but to the humanity and all tyrannized people everywhere on Earth”, and said even Prime Minister Narendra Modi has deep respect for him.

The decision has struck a warm chord among Indians elsewhere in Canada, like a hospitality industry professional Shirish Deshpande in Mississauga in Ontario.

“It has made all Indians here very proud – Dr. B. R. Ambedkar taught the world to end all kinds of discrimination and his legacy is being followed in many parts of the world,” Deshpande told IANS.

In 2015, the York University, Toronto, unveiled his bust and in 2016, Carleton University, Ottawa celebrated his 125th birth anniversary, he added.

A legendary jurist, economist, social reformer, anthropologist and political leader, Dr. B. R. Ambedkar was born in Mhow (now in Madhya Pradesh) town on April 14, 1891, as the 14th child of Ramji M. Sakpal and Bhimabai R. Sakpal with family roots in Ambadawe village of Maharashtra’s Ratnagiri district, and belonged to the Mahar (Dalit) caste.

Facing the scourge of discrimination, untouchability from an early left a deep scar on his psyche and barely six years old, he moved to Bombay (Mumbai, now) and became the only ‘untouchable’ student at the famed Elphinstone High School.

By the time he was 15, he had an arranged marriage with a 9-year old girl, Ramabai, the next year (1907), he graduated from the University of Bombay in 1912, later went to Columbia University, New York and London School of Economics, acquired two PhDs, became a Barrister, was conferred with top academic honours and accolades.

On return to India, he joined the Freedom Movement, with Mahatma Gandhi, Pandit Jawaharlal Nehru, Sardar Vallabhbhai Patel, Maulana Abul Kalam Azad and others, became a Minister of Labour in the Viceroy’s Executive Council and a Member of the Constitution Drafting Committee.

After a glorious life dedicated to the common masses, Dr. B.R. Ambedkar who had converted to Buddhism on October 14, 1956, passed away peacefully on December 6 that year and his funeral was performed at Dadar Chowpatty in Bombay the next day, attended by over 500,000 people.

(Quaid Najmi can be contacted at )