Mumbai, June 10 Veteran filmmaker JP Dutta, known for war films including the National Award winning “Border”, has unveiled the first look of his next war drama titled “Paltan”. He is excited to bring another chapter of Indian history alive through the film.
“It’s time to tell a new story, to tell another part of history of our country and salute more real life heroes! I present ‘PALTAN’. A film and a subject very close to my heart and I’m extremely excited about it,” Dutta, who last directed the 2006 film “Umrao Jaan”, said in a statement.
Read Also: I’m sure Tiger will put heart, soul into ‘Rambo’ remake: Stallone
The first look of the film shows silhouettes of army men treading an uneven path, with a tagline: “Brother to my right. Brother to my left. Together we stand. Together we fight.”
One can also see several dog tags with names of officers inscribed on them at the top of the poster. The casting of Dutta’s drama is underway and will be announced soon.
According to an informed source, “Paltan” will boast of an exciting ensemble star cast.
“There are even rumours (that makers) to have actual army men in the film,” added the source.
Produced by JP Films and directed by Dutta, the film will go on the floors later this year, and is scheduled for a summer 2018 release.
–IANS 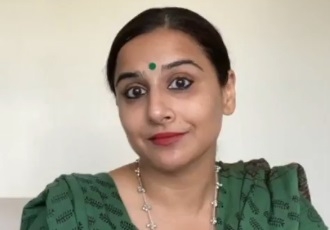 Vidya Balan on lockdown: I’ve realised I can be self-reliant