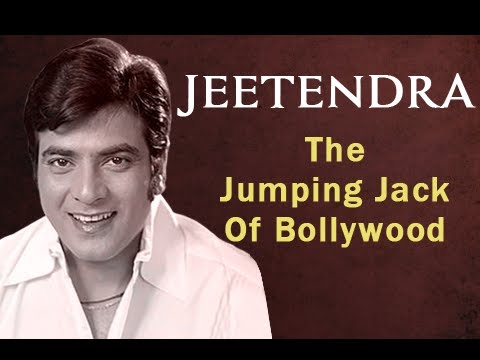 Amarnath Kapoor was a small-time dealer in imitation jewellery which he supplied to different filmmaking companies and went from studio to studio and Raj Kamal Studios was one of his favourite haunts because the owner of the studio and the pioneer filmmaker Dr V. Shantaram was his permanent customer.
Kapoor always carried a photograph of his young son, Ravi Kapoor in his purse in the hope of showing it to some filmmakers in the hope of getting his son into films as he had great hope and faith in his son.
He one day found the opportunity to show the photograph of his son to Dr Shantaram who liked it and asked Kapoor to send his son to him the next day.

Ravi met Dr Shantaram who first changed his name from Ravi to Jeetendra and asked him to join the shooting of his film,“Sehra”in Jaipur as a part of the crowd. Dr Shantaram was impressed with the young man and cast him as the hero of his actress-daughter Rajshree in his film“Geet Gaaya Patharon Ne”in which he played a sculptor and Rajshree played his muse. The father and daughter were very encouraging and Jeetendra found recognition after the film was released.

He was now a one of the leading men in most of the social dramas made in the sixties. But it took him just one film made in the South called“Farz”which was a desi version of a James Bond film. His teaming up with the then popular leading lady Babita, their dances, his body-clinging white trousers, colourful T-shirts and white shoes caught the fancy of people who had never seen an Indian hero like him and the film shot him to stardom and then there was no looking back for the young man who was given the title“Jumping Jack”and he continued doing similar films in any number of films and the Kapoor family which lived in a chawl called Ramchandra Chawl shifted to a building in Colaba called Usha Apartments where he met a struggling villain called Prem Chopra and fell in love with an air hostess called Shobha.

He was busy every day with all kinds of films and made enough money to shift his family to Pali Hill which was the hub of all big stars. He first had two apartments, one in which he lived and another in which his parents and his brother Prasan Kapoor lived and within no time, he had an‘underground’bungalow on Pali Hill where he was a neighbour of legends like Dilip Kumar, Sunil Dutt, Rajendra Kumar and many other smaller stars. He was the most popular young stars and specialized in dancing roles and created his own style of dancing. He was also one of the highest paid actors…..

His life and career took a new turn when he started doing films in the South on a regular basis. It was at this time that he fell in love with Hema Malini and the two had even planned to have a hush hush wedding on the sets of a film called “Dulhan”but there was high drama to come before they got married. Dharmendra was also in love with Hema and Shobha was still madly in love with Ravi of the good old days in Colaba. Dharmendra and Shobha joined together and reached Chennai and stopped the marriage. Things were not normal for quite some time and Jeetendra and Hema have never worked together again after that incident. 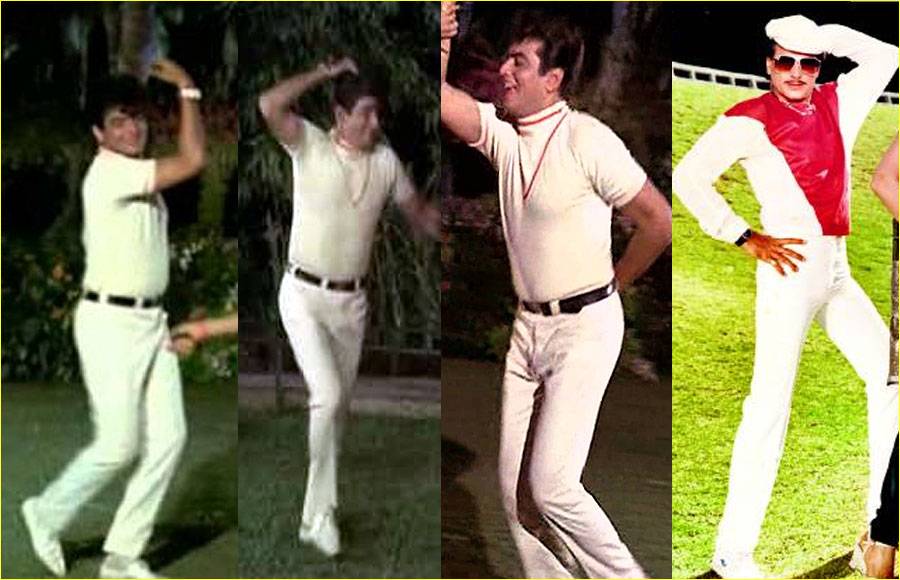 In the early eighties, a new wave of Hindi films made by well-known filmmakers and banners swept the industry in Mumbai and started a flood of Hindi films, all of them starring Jeetendra who they called“Jeetu Gaaru”(Jeetu brother). He was cast in every film mostly shot in and around Hyderabad and he was so busy shooting two and three films in a day that he decided to have a bungalow of his own on the posh Banjara Hills in Hyderabad. He was like a one-man industry who gave a new life to several producers, directors actresses like Sridevi and Jayaprada among many others and he had the opportunity to help many of his friends from Mumbai. He was such a favourite of the filmmakers that they couldn’t think of making films without him. There is this story about how a team of leading producers and a prominent director like S. Ramanathan approached him with the offer of playing a triple role in their film and Jeetu who never claimed to be a great actor and had never won any awards frankly told them that he did one role with a great deal of difficulty and there was no question of his playing a triple role. He helped the makers by recommending Amitabh Bachchan for the role and he even asked Amitabh to do the role which Amitabh did in a film called“Maahaan”with Waheeda Rehman, Hema Malini and Zeenat Aman in the female leads.

His family which now included Shobha who he had married and their two children, Tushar and Ekta visited him in Hyderabad on weekends and other major holidays and they were busy building a dream for him without his knowing it.

The South wave in his career lasted for more than fifteen years and then all of sudden, there was a crash and filmmakers in the South realised that they were being taken for a ride by the group of people from Mumbai and Jeetendra did his last film in Hyderabad called“Santaan”which was an effort to try and make him be known as a good actor, but neither the film nor the mood of the filmmakers changed and the parallel industry Jeetendra had started in the South came to a sudden and complete halt.

Jeetendra had to come back Mumbai only to find that the whole scenario had changed and there was no place for him as other actors had taken over with Amitabh Bachchan who was a struggler when Jeetendra was a leading star was ruling the industry as‘The Number One To Ten’star. He to his shock found out that even his best friends who had made it big because of him had no place for him as he was now considered not saleable and not wanted by the people. 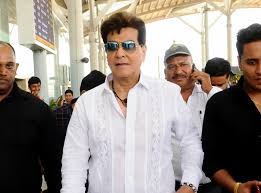 Jeetendra was always known as a better man than a better actor had got God and good luck on his side. His wife and daughter had spent all the money he made in the South to build a palace of a house which was called‘Krishna’and had started Balaji Telefilms and the company was flourishing with the making of the some of the most successful TV serials in the country. Jeetendra couldn’t believe what his wife and daughter had done. He once told me in Hyderabad that he was not worried about the future of Tushar, but was extremely concerned about Ekta. Little did he know then that he would be proved wrong so I emphatically. Tushar was a struggling star after he had given up his plan to be an engineer even after having a masters in the subject, but Ekta had turned into a one-woman email together with the constant support of her mother, Shobha.

Jeetendra was now one of the richest men in the industry and his wife and daughter made him the president of the company. He attends office from three pm to six pm, only to sign important agreements and documents and leaves at six pm sharp to go to his gym at the Sun N Sand Hotel and sometimes sits with his friends in the Beachcomb Bar where the same friends have been spending their evenings for the last forty years and then goes home to his beautiful bungalow and his loving family….

Today, when Jeetendra looks back, he remembers how he was paid rupees hundred and fifty for his first film,“Geet Gaaya Patharon Ne”and how he was paid the entire amount in the large ten-rupee notes and how he had jumped over the wall of Raj Kamal Studio to avoid the canteenwala who he owed fifteen rupees, not with the negative intentions of avoiding the canteenwala, but because he wanted to present the entire amount of his first earning to his father, which he did. In one of his many chats with me he told me how for the first twenty-three years of his life when he was very successful and had got married and had children, he had to always get his expenses from his father. And now when he is the father, he has followed the same rule and whatever his children may be and whatever they have earned, they have to take their expenses from him as the head of the family and the president of Balaji. 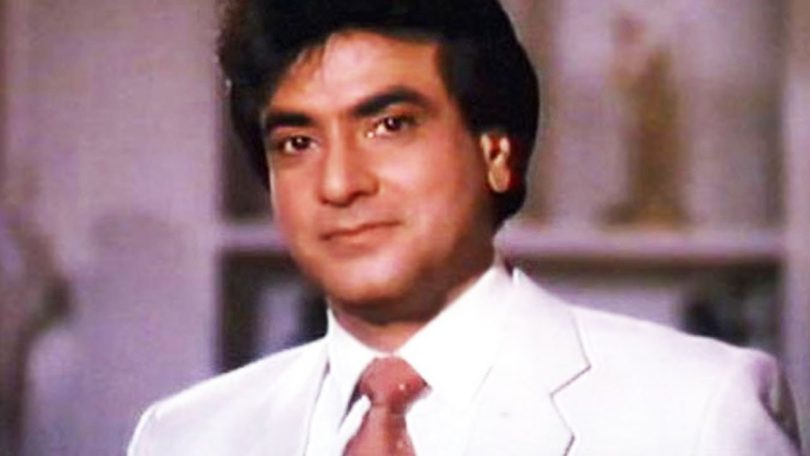 He has no regrets whatsoever and if he has one, it is his not being able to prove it as a good actor, which was a promise he had made to Ekta many years ago.

PS-Even as I put an end to this piece on Jeetu Sir, news comes that one of his early films“Carvan”which was released in 1971 is scheduled to be released at the Hainan Island International Film Festival in China. The film was produced by Nasir Husain, the uncle of Aamir Khan. Asha Parekh who was Husain’s favourite actress (and is said to even have had an affair with the actress, who is still unmarried at the age of eighty. In her recent biography,“the hit girl”, she has made their relationship official.“Carvan”was one of the first few big hits in the career of Jeetendra. I wonder what the reason must be to have chosen“Carvan”because there are many more better films with Jeetendra in the leading role in his fifty year-long career during which he has done approximately five hundred films. 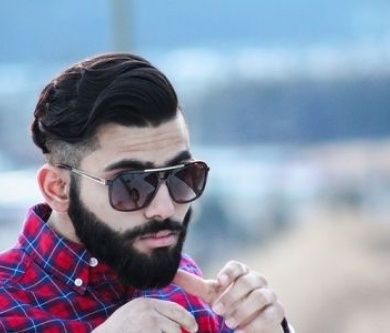