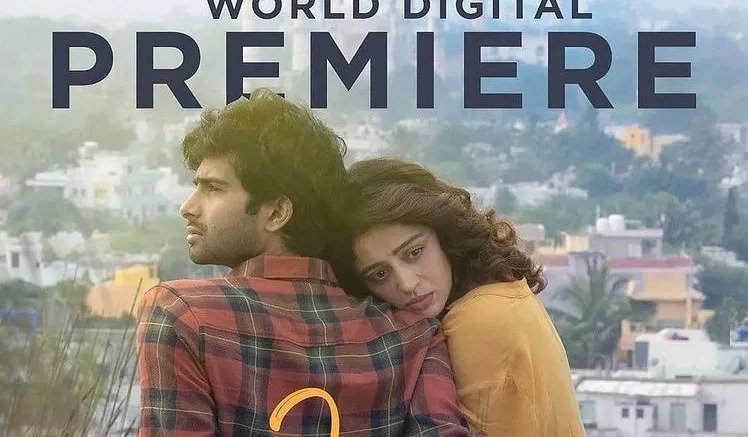 Suhrud Godbole and Vaibhav Khisti’s coming-of-age film is hard as nails while conveying its message, yet sensitive while driving home the point. The script focuses on issues such as bullying, teenage confusion, self-harm and suicide, and also touches upon wider issues as sexism and generation gap. The storytelling is commendable for the way it deals with the gamut of subjects within a runtime of a little over an hour and a half without losing focus, although certain situations and characters could seem unidimensional.

Nikhil Mahajan’s script would seem relevant also because it is based in the small town of Aurangabad. Insecurity, uncertainty and angst among youngsters can often be more acute within this age group in smalltown India than the metros, owing to drastic conflict of culture and mindsets.

The story unfolds in an Aurangabad housing society, and the mood of conflict is set right away. A young girl Neha (Nehha Pendse) drives into the society from Pune, to move into one of the flats. As she lights up, the 50-something society president Jaiswal (Nilesh Divekar) tells her women are not allowed to smoke publicly within society premises.

The story, of course, isn’t about Neha’s clash with conservatism that the likes of Jaiswal define — though that forms an interesting sub plot. The focus, rather, is on Neel (Siddharth Menon), the youngster who gave Neha vague directions about the location of her flat in the society when she arrived, confusing her.

As we step into Neel’s world we discover he is in an angry, depressed space, tormented by the suicide of his hostel roommate, for which he holds himself responsible in a way, as well as the constant clashes with his father, who has been concealing the fact to neighbours that he failed engineering exam.

Mahajan’s writing is impressive for the way it builds up Neel’s dark world, and the entry of Neha lets the young boy find a companion he can talk to. The screenplay accords Neha a subtext of her own, which suitably runs as an undercurrent story but never distracts from the basic plot.

The film uses the smalltown set-up as an important third character, along with Neha and Neel. It’s not just Jaiswal, who defines the neighbourhood bully and who wants people to follow what he believes is the moral code of conduct in life, but we find specs of smalltown mindset in Neel’s father (Kiran Karmarkar), too, in the way he tries dominating his son. The father-son relationship lays down a familiar, albeit dramatic, track of generation gap. Interesting vignette bring alive smalltown mindset around sexuality — Neel’s girlfriend trying to shave with her father’s razor and cutting herself because Neel told her she is a “bear” and he hates the idea of having sex with her. Or, the coy reaction Neel’s best friend Pritesh (Saurabh Pachauri) gives, when a girl asks him to kiss her. These are all scenes handled without going over the top with emotions.

You could spot the flaws. A few protagonists (Jaiswal comes to mind) don’t get any arc at all, and fall within the purview of black-and-white characterisation. In the case of Neel’s father, his change of heart in the end seems too sudden and filmi to be true. The overall sombre mood of the film, although necessary, could be discomforting for some, for there are few moments of relief.

Overall, though, “June” is convincing in what it states. Powered by a strong cast, The film represents a new wave of introspective cinema triggered by the rise of OTT culture in India, not hesitant to initiate conversations that were deemed taboo even a while ago.