KANGANA IS NOW IN A KLASS OF HER OWN, BUT….

I don’t think I would have been such a great admirer of the fighter in a woman, if it was not for my mother, who first proved to me what lengths and heights a woman could go to when challenged by the most daunting and challenging circumstances. She may have left me when I was hardly 15, but what she was and the values she instilled in me, even though she was entirely illiterate have been instilled in me and I don’t think any power can take them away from me….

It is, I am sure her untaught teachings, especially her views about women that have made me respect women and to admire them and to dream of a time when women will take charge of a world which like I have always said men have made a mess of and are continuing to do and will do unless women realize their strength and their power to change things, which they have not taken as seriously as they should have taken a long time ago and would have made the world a much better place than it is now and will be, if women took over, even it was to snatch power mentally and even I believe physically. What I think I sound a dream today, but I am sure will make the world wake up and realize that there was a mad man, who firmly believed in what women power was… 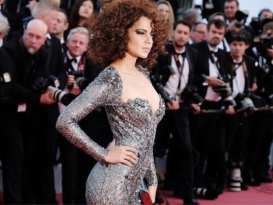 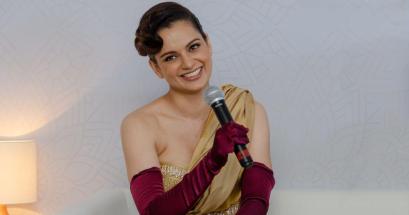 In all my years, I’ve been looking for women who can give me all the reasons to believe in what I believe in about them and if there is one woman who comes to my mind at this point of time when I am writing this piece, it is without any doubt, Kangana Ranaut and I know there will be many who will disagree with me, but they will not succeed in taking away the seriousness with which I talk about Kangana and they will not be able to change my mind about Kangana, unless Kangana herself gives me reasons to change my mind about her.

What do I say about the girl who came down the hills of Manali, without any knowledge, forget experiencing life in a metro like Mumbai? What do I say about the same girl who had come armed with the dedication, determination, the courage and grit to face all the challenges that came her way and knew that she would not give up chasing her goal to be and known as a good actress in Hindi films, where the unwritten rule was still to see the sons and daughters of stars, filmmakers and celebrities take up the baton whether they were fit and talented enough to find their own places and their own identities or not? What do I say about this girl who had no godfathers or godmothers or genies who could wave their wands and make her dreams come true for her? What do I say about this girl who took her time, faced all the taunts, trials, tribulations and even the humiliation by the so called high and mighty and yet walked through it all with her head held high and a smile of triumph on her pretty face? What do I say about a girl who was a paying guest in a building next to where I live and who now has her own palatial apartment in dream city and her own house, all done up according to her dreams, desires and ambitions? 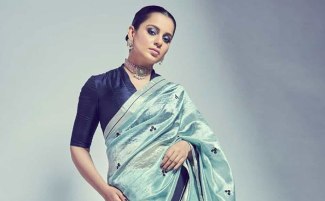 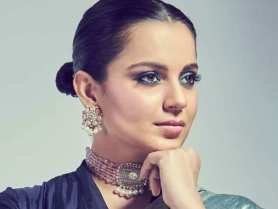 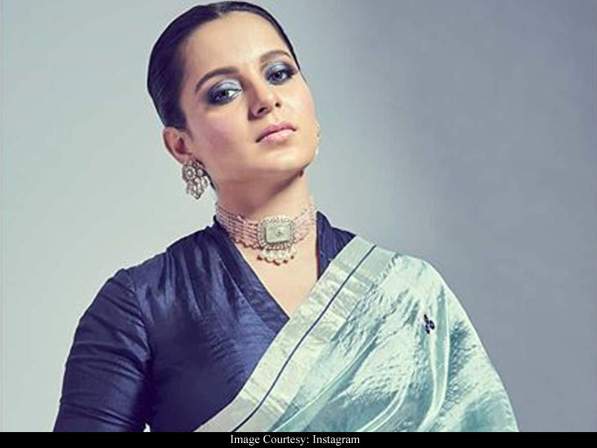 A success story like the story of Kangana sometimes demands going into a Gulzar-like flashback and so here it is. Kangana started off with “Gangster” and could have been content with being a part of the Bhatt Camp, but it was her desire to grow that led her to do one film very different from the other, films like “Fashion”, “Krrish 3″, in which she even dared to play negative role and then started a new life for Kangana with films like “Queen”, the “Tanu weds Manu sequel”,“Katti Batti”, her first double role which was not a very good experience at the box office, followed by “Simran” and then her crowning glory,“Manikarnika”, in which she lived the role of the Rani of Jhansi, a film which she even took over even while it was being made and was accused of interference with the work of the director, but nothing mattered, because the film was not only appreciated, but was also one of the first single-heroine films to reach landmarks at the box office which were only supposed to be the goals reached by the Khans, the Kumars, the Devgns and other big heroes. She had crossed some of the most crucial bridges of her life and career. She has now entered one of the most exciting phases of her career and it all began with “Panga”, which was a major success for her and reason for other actresses even actors to take her seriously and even get worried about. Kangana has just completed the entire shooting of “Thailaivi”, one of the most eagerly awaited films because it is based on the life of the late actress turned politician of Tamil Nadu J. Jayalalitha. Like all her other roles, she had taken this role also as a challenge and had even learnt Tamil and the classical dance form of bharatnatyam’. All eyes not only in Tamil Nadu and other places in the south are waiting to have a look at Kangana as the avataar of the popular and controversial actress and politician. Kangana left for a holiday in her hometown, Manali soon after completing that shooting, showing how much she was relieved after putting in so much of hard work for the role. The film may be released towards the end of June and will say a great deal about the future of Kangana. 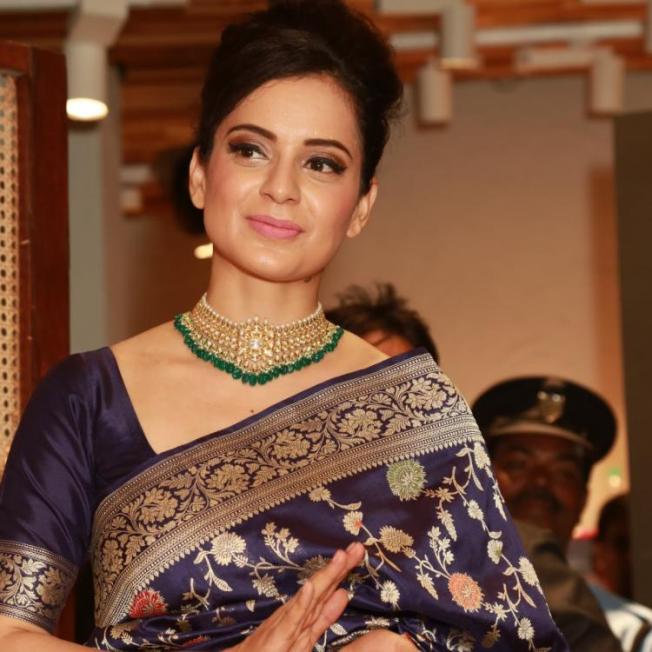 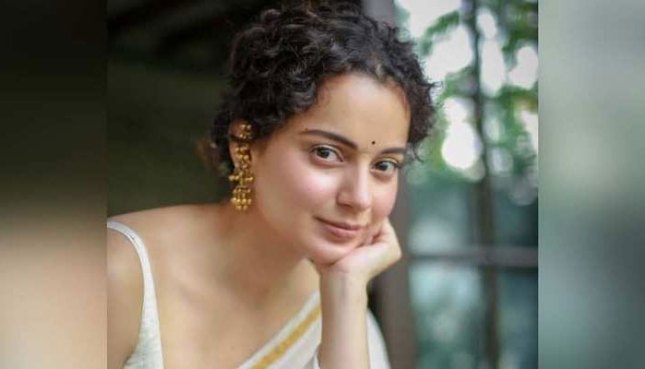 In the meanwhile, she has signed to other films, “Dhaakad” and “Tejas”, in which she is to play a fighter pilot. The most exciting part of her ongoing story is her finally taking a bold decision to direct her own film which is tentatively titled “Jay Shri Ram—Ayodhya”. The very title arouses a great deal of curiosity and ultimately may lead to a lot of controversies and I am sure Kangana knows what she has taken on as a challenge.

All this is very fine for her and for all those who admire her, whose number is only growing with time. But, if there is one thing container must avoid is getting into controversies with people in the industry and getting into verbal words with her contemporaries, especially the tweet wars her sister Rangoli Chandel conducts on her behalf and for her. Why spoil a good story going so well just because of some bitter experiences of the past and especially trying to call back experiences of a love story gone wrong? 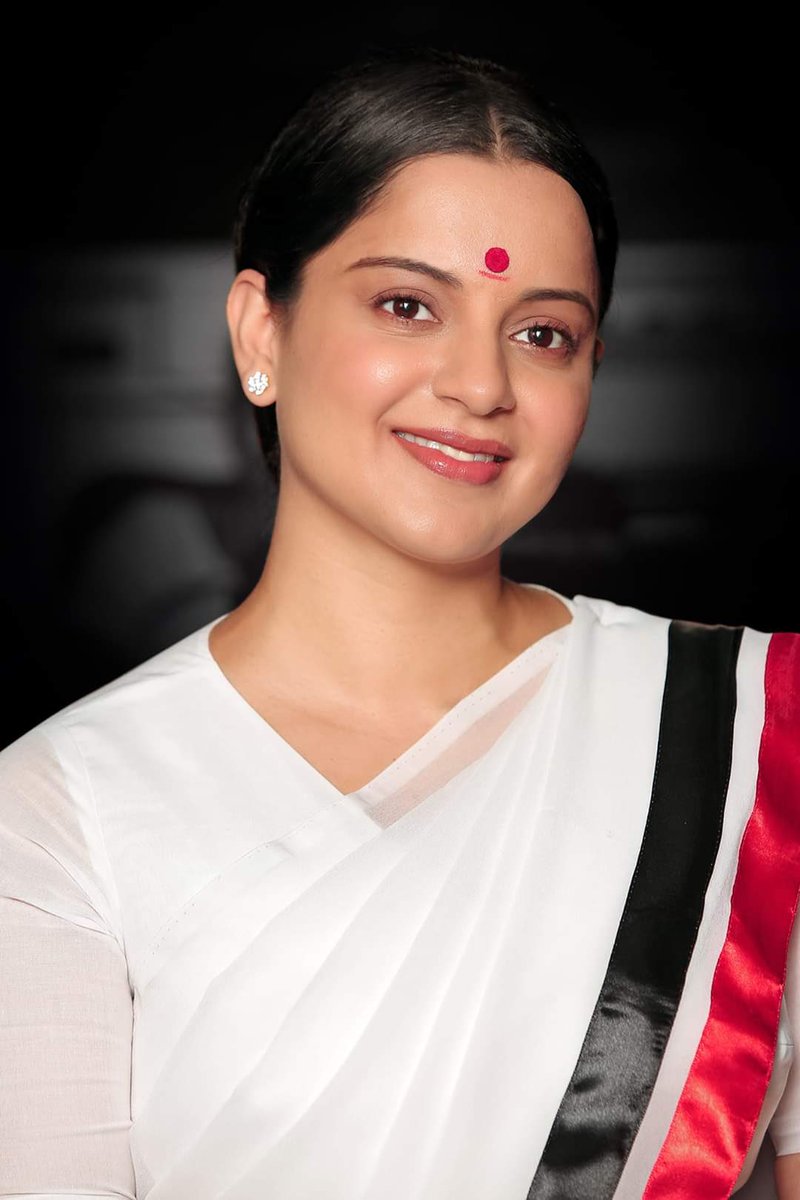 And what is most admirable about this woman who I admire is how she has built her own Empire with her own talent and the talent of new young men and women who have been neglected just like she was neglected once.