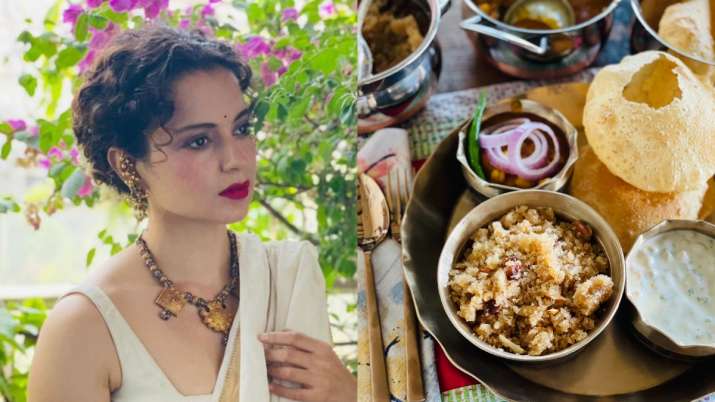 Kangana reacts on being trolled for posting pic of 'prasadam thali' with onions
Bollywood News
·April 20, 2021

Mumbai, April 20  Bollywood actress Kangana Ranaut on Tuesday offered an explanation after netizens trolled her for sharing a photograph of a prasadam thali with onions, and the hashtag #onion started trending.

The actress said one should not be ridiculed if they wish to eat salad with prasadam, adding that Hinduism is not rigid like other religions.

It all began when Kangana shared a picture of a prasadam thali which, among other things, includes a small bowl of green chilli and onion. The actress revealed that while she is fasting during Navratri, the thali looks tempting.

“Imagine to be fasting on ashtami when parsadam in your house looks like this …. ashtami ki hardik shubhkamnaye,” Kangana tweeted on Tuesday along with the picture.

Reacting to her tweet, netizens trolled the actress, questioning why the prasadam thali contains onions. Some even misunderstood the actress’ tweet thinking she was having the food in the picture.

“Onion in Prasad?? What this never was the part of in any prasadam,” commented a user.

“And First Rule of Navratri is Ban on Garlic and ONION. Aur yeh Fast me Khaa Rahi Hai,” wrote another user.

“Onion in Prasadum looks so out of place, since when have Hindus started eating onions in navratri,” quizzed another user.

Kangana wrote, in reaction to the trolling: “Can’t believe #Onion is one of the top trends. Well this is not to hurt anyone but the beauty of Hinduism is that it’s not rigid like other religions, let’s not ruin that, I am fasting today if my family wants to eat salad with parsadam let’s not ridicule them #Onion #navratri2021.” 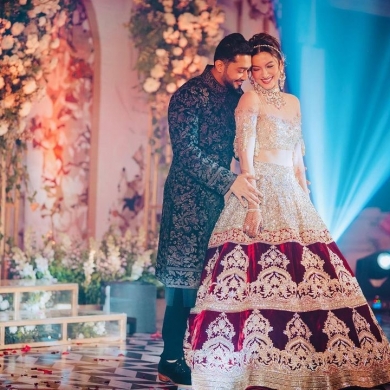