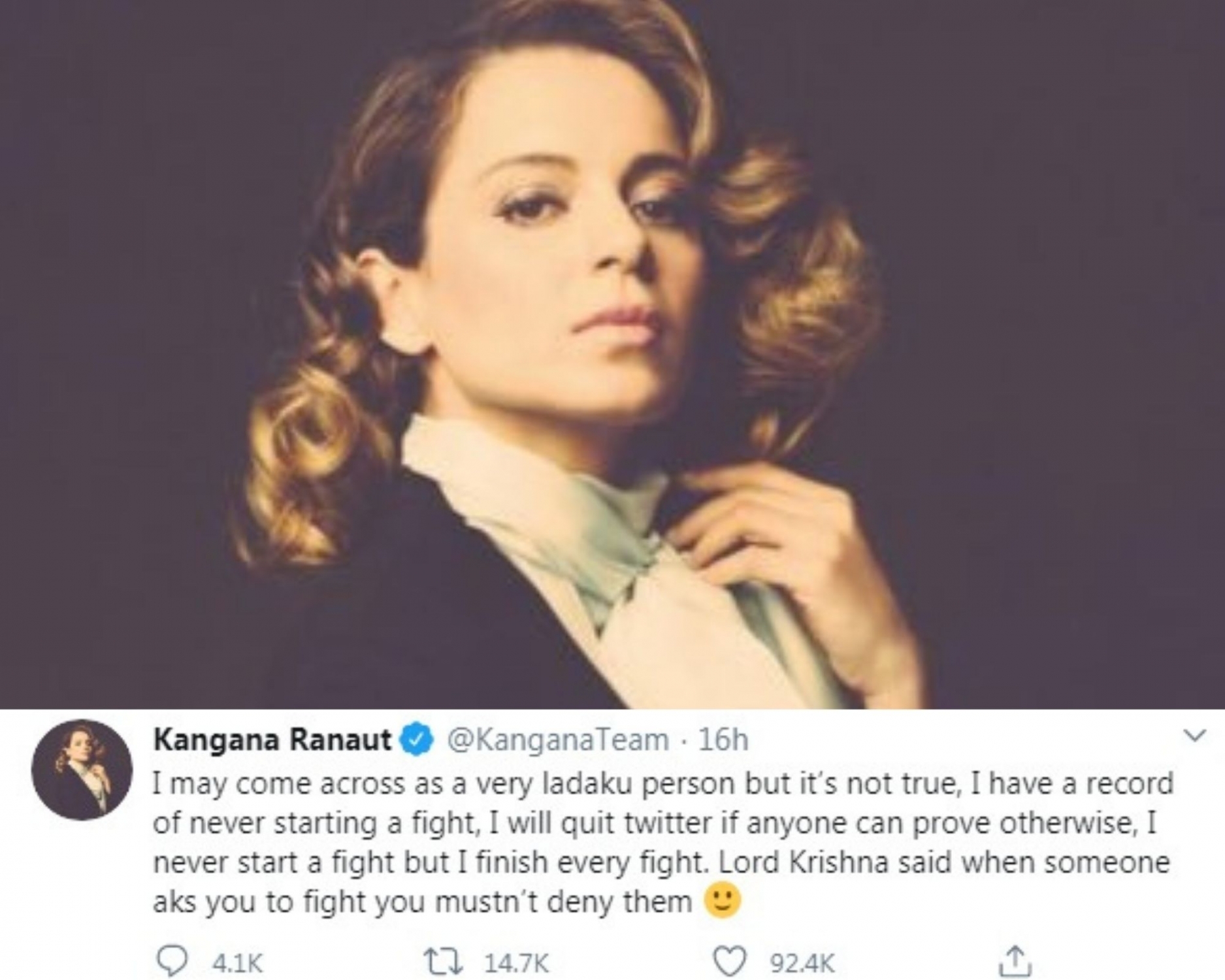 Kangana 'will quit twitter' if anyone can prove she starts fights
Bollywood News
·September 18, 2020

Kangana ‘will quit twitter’ if anyone can prove she starts fights

Mumbai, Sep 18  Amid backlash against her abrasive comments on Urmila Matondkar, Jaya Bachchan and Bollywood in general, actress Kangana Ranaut has claimed that she has a record of never starting a fight, and is ready to quit Twitter if anyone can prove otherwise.

“I may come across as a very ‘ladaku’ person but it’s not true, I have a record of never starting a fight, I will quit twitter if anyone can prove otherwise, I never start a fight but I finish every fight. Lord Krishna said when someone aks (ask) you to fight you mustn’t deny them,” Kangana tweeted on Friday.

Her statement came shortly after she engaged in a tweet spat with filmmaker Anurag Kashyap, which followed when the filmmaker took a jibe at Kangana and said that she is a warrior who would keep fighting for herself and the country.

Lately, Kangana has been involved in Twitter spat with several people. She has been hitting the headlines for her ongoing tussle with the Shiv Sena and for her claim that 99 per cent of Bollywood is addicted to drugs.