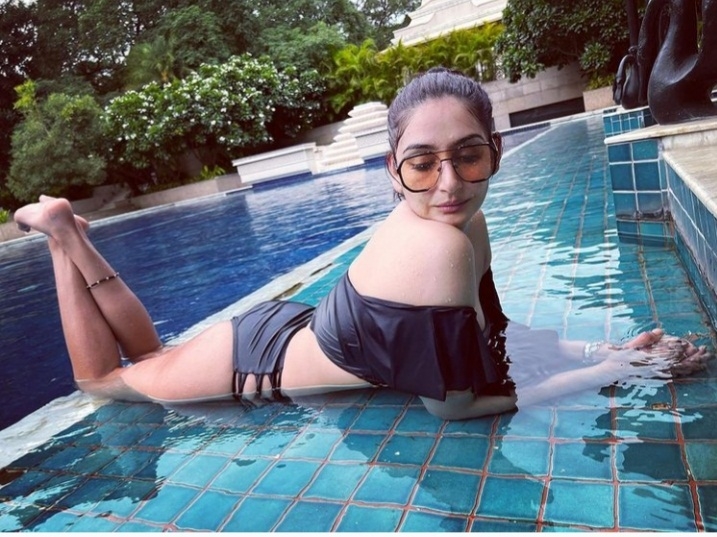 Ragini, known as ‘Tuppada hudugi’ (ghee waali) among Kannada cinegoers, has acted in more than 25 films.

The actress made her debut with ‘Veera Madakari’ against Kannada superstar Kichcha Sudeep in 2009.

She has also performed opposite Kannada superstars Upendra and Shivarajkumar.

She was introduced to the modelling industry by fashion guru Prasad Bidapa.

She has worked in Tamil movies and Malayalam movie ‘Kandhahar’ and ‘Face2Face’ with superstar Mammootty as her co-star.

After Tamil veteran actress-turned-politician Khushbu, Ragini is the first Kannada actress to have a registered fan club in her name.

She was arrested in connection with Sandalwood drug racket case on September 4, 2020.

on January 26, 2021, the Supreme Court granted her bail after she spent 140 days in Parappana Agrahara central prison in Bengaluru.

She had declared that she will come out clean in the investigation in the coming days and will focus on her career.