Mumbai, March 14  Amid rumours of a rift, Katrina Kaif on Saturday took to Instagram to convey birthday greetings to filmmaker Rohit Shetty, who directs her in the upcoming “Sooryavanshi”.

Katrina posted a photo of the filmmaker on her Instagram story and wrote: “@itsrohitshetty happiest birthday every wishing you the bestest year and reaching even greater heights… All the love to you.”

Earlier, the grapevine was abuzz with rumours of a rift between the two after Shetty reportedly said that no one would notice Katrina in “Sooryavanshi”, considering the film has high-voltage action featuring its hero Akshay Kumar, along with Ajay Devgn and Ranveer Singh who feature in cameos.

Soon afterwards, social media started trolling Shetty, and #ShameOnYouRohitShetty started trending on Twitter. Katrina came out to defend Shetty saying his quote had been taken out of context by a section of the media. It seems like Shetty actually meant that no one would notice Katrina accidentally blinking in a particular action scene considering there were such high-octane stunts going on, involving the three male stars.

The actress added Shetty and she are good friends. 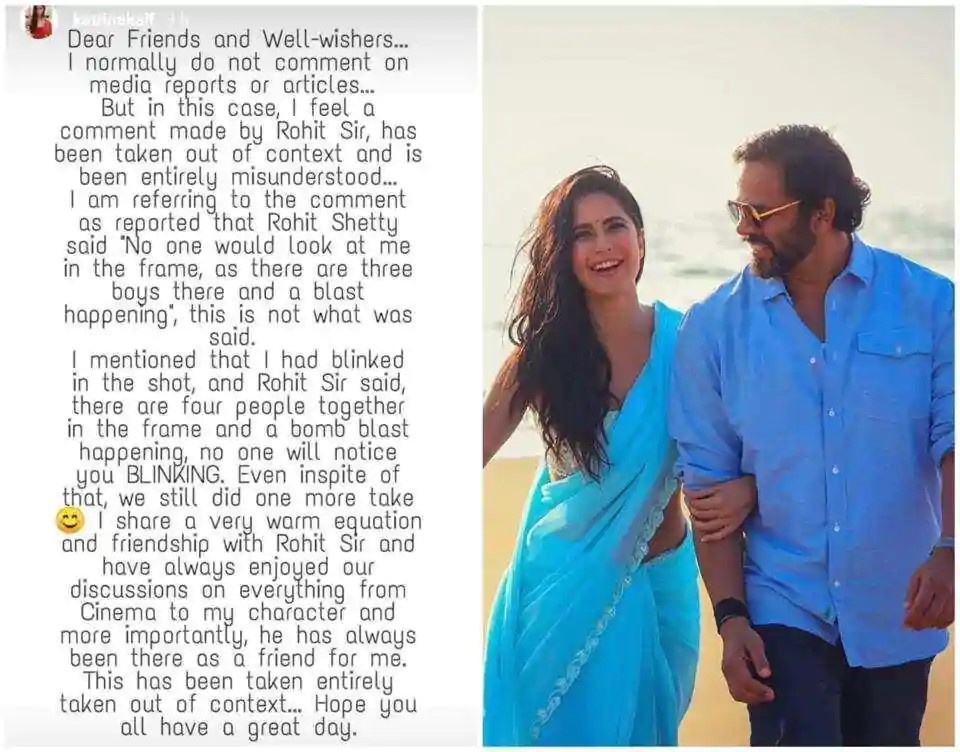 Meanwhile, “Sooryavanshi” has been delayed indefinitely owing to the ongoing coronavirus outbreak. The cop drama was scheduled to release on March 24.

Glenn Maxwell goes all Indian in engagement to Vini Raman