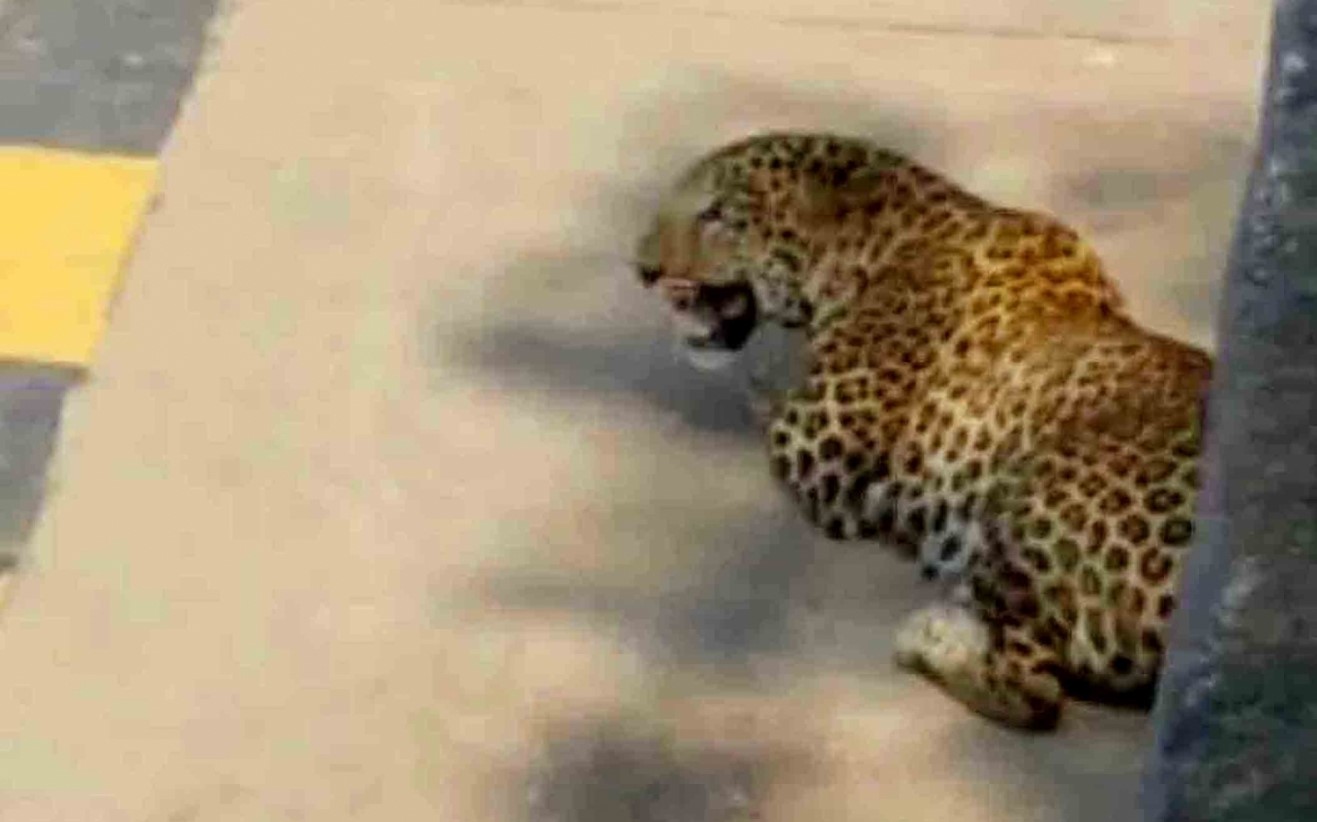 Hyderabad: A leopard was spotted resting on a road at Mailardevpally on the outskirts of Hyderabad, sending panic among the people on May 14, 2020. The motorists passing through Katedan underbridge were shocked to find the leopard resting besides the road median early Thursday morning. Locals alerted the police, who informed the forest department. A rescue team from the forest department with the help of police launched an operation to catch the feline. The leopard, said to be injured, later entered a private farm on Shamshabad road. A forest official said the efforts were on to tranquilize and catch. (Photo: IANS)
India News
·May 28, 2020

Hyderabad, May 28 Two forest personnel were injured in Telangana’s Nalgonda district on Thursday when a leopard attacked them while they were helping to free it from barbed wires it was entangled in.

The team of personnel from the forest department reached near Rajipeta hamlet in Marriguda mandal after receiving information that the leopard was stuck in the barbed fencing around an agriculture field.

Others wielding sticks took cover behind their four-wheeler and acted bravely to finally trap the animal in a cage.

The forest team had apparently administered tranquilizing darts when the leopard was trapped in the barbed wires but before they could disentangle the big cat, it gained consciousness.

The leopard had strayed into the village from the nearby forest. This is the latest in a series of incidents of big cats straying into human habitations.

On May 14, a leopard had strayed into the Katedan area on the outskirts of Hyderabad and was seen resting in the middle of a road, sending panic among people.

While escaping from the area, it attacked a truck driver causing him minor injury. The animal later disappeared into a nearby farmhouse. Though the forest and police teams tried to trap the leopard with bait, it gave them the slip. After two days, the forest officials called off the search. They said it was headed towards Chilkur forest.