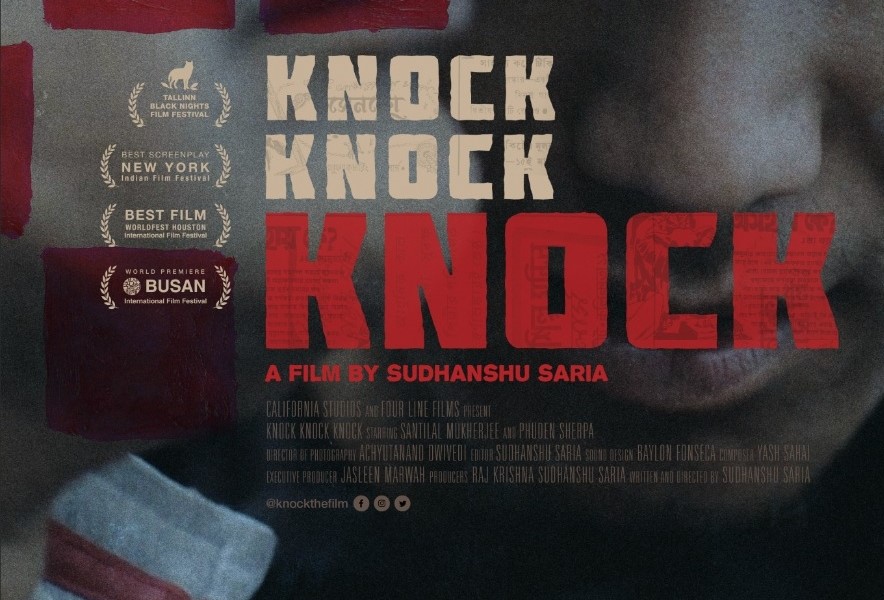 Mumbai, Sep 10  Sudhanshu Saria created waves when he premiered his new film at the prestigious Busan International Film Festival last year. Now, the film will be available for public viewing on a streaming platform from September 15.

Titled “Knock Knock Knock”, the psychological thriller written and directed by Saria features Shantilal Mukherjee and Phuden Sherpa in the cast. The story revolves around an elderly Bengali man who designs crosswords and a Nepalese boy who decides to interrupt his day to befriend him.

Saria is known for his same-sex love story of 2015, “LOEV”, which did the rounds of several international film festivals.

“The love and adulation the film has received has surpassed my greatest expectations. I’m glad to live in these times when distribution avenues and platforms exist to allow filmmakers to tell whatever story they want, regardless of language, subject matter or duration,” said the director while discussing “Knock Knock Knock”, which will drop on MUBI.