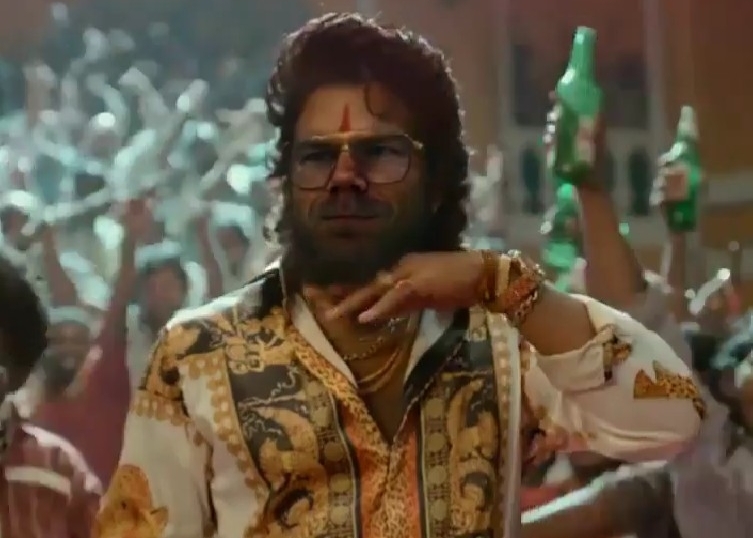 Hyderabad, Jan 26  The Allu Arjun-starrer ‘Pushpa: The Rise’ has not only set the box office on fire, but also won an admirer for Tollywood’s ‘Icon Star’ in Australian star batsman and former captain David Warner.

The Australian cricketer who has also been an IPL regular since 2009, David Warner has declared that he is Allu Arjun’s biggest fan and posted a fun video on Instagram featuring himself in some of the iconic scenes from ‘Pushpa: The Rise’.

Warner has swapped his face with Allu Arjun’s. Lauding the actor, David said: “Wish I was @alluarjunonline makes acting look soo easy #pushpa #india. Earlier, a reel of Warner’s daughters dancing to the ‘Saami’ number from ‘Pushpa’ had gone viral on Tuesday.

On previous occasions, the cricketer had posted videos in which he had his family groove for Allu Arjun’s best-known song ‘Butta Bomma’ from ‘Ala Vaikuntapuramloo’, which had taken the internet by storm.

Directed by Sukumar, ‘Pushpa: The Rise’, starring Allu Arjun and Rashmika Mandanna, has broken viewership records and taken more than Rs 300 crore at the box office. Its Hindi version is approaching the Rs 90-crore earnings mark.