I love India because this is my home: 'The Jungle Book' actor

Mumbai, March 28 (IANS) Child actor Neel Sethi, who will be essaying the role of Mowgli in the new “The Jungle Book”, says he loves India because it is “home.”
Filmmaker Jon Favreau’s upcoming 3D live-animation adventure fantasy film started the promotions here following a special press conference and exclusive India footage screening.
“I have been in India six to seven times as my grandparents live here. I love India because this is my home,” Neel said at the promotions here.
“It’s damn cool and different shooting for this film, I have never done something like this before,” the 12-year-old added.
The Indian-American actor is shown running for his life while surviving among various species of animals in a jungle in the trailer.
Asked about the reaction of his friends about the trailer, Neel said: “They all find it really cool, but they don’t realise how big it is. At home also there is no special star treatment at all.”
Neel said that shooting the film was a “very different” experience.
“While shooting, it was very different. I was jumping from one platform to the other, but when you see the film it looks like a 400-feet jump. The first time when I watched the film, it was cool,” he added.
“The Jungle Book”, which features voices by actors like Ben Kingsley, Bill Murray, Scarlett Johansson, Idris Elba and Christopher Walken, is an all-new live-action epic adventure about Mowgli, a man-cub raised in the jungle by a family of wolves.
The film will release in India on April 8, a week before it releases in US. 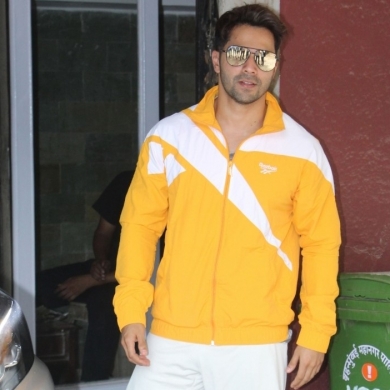 Varun Dhawan opens up on constant vigilance on his life